Why did Emraan Khan become close to Tehreek-e-Labbak, what is the political helplessness after all? 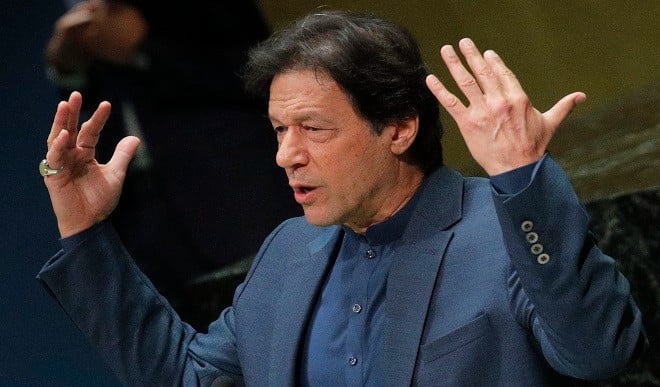 It is obvious that since this statement, the country will surely ask for an answer from Imran Khan that what is the helplessness that has caused Imran Khan to speak openly in the support of the organization which is banned by his government.

Pakistan There is a very popular saying in India that the leader of it says something else and does something else. It is not known when to change both the dialect and the rules of the ruling rulers of Pakistan. But today we must be thinking about why we are saying this. So let me tell you that in the last week’s address to the nation, the Prime Minister of Pakistan Imran Khan When Tehreek-e-Labbaik Pakistan It is said that he understands his pain and suffering well. Their motive is also the same Tehreek-e-Labbak Is different, just the way. With this statement, Imran Khan has put himself in the queue where all the leadership of Pakistan is already engaged. This is perhaps a setback to those in Pakistan who voted for Imran Khan for a change. He felt that Imran Khan was a different thinking leader. Imran Khan will not represent the fundamentalist thinking that all the leadership of Pakistan has been doing till now. But with this statement of Imran Khan, it has been decided that now Imran Khan also has goodwill with Tehreek-e-Labbaik Pakistan.

It is obvious that since this statement, the country will surely ask for an answer from Imran Khan that what is the helplessness that has caused Imran Khan to speak openly in the support of the organization which is banned by his government. Questions are also arising whether the government of Imran Khan has succumbed to the terrorist organization? Along with Pakistan, it has now become a topic of discussion all over the world. Since this statement of Imran Khan, the release of all those who were arrested and believed to be involved in the violence perpetrated through the organization has started. The government is also in a position to consider all the demands of the organization. In such a situation, a question is arising for Imran Khan, which he will have to answer if not now.

Imran Khan succumbed to the terrorist organization. People who keep a close watch on the politics of Pakistan believe that Imran Khan knows that religion is his biggest means if he has to maintain the success of power. Imran wants to establish himself as a man who struggles for Islam. He wants to elevate his image as a religious leader. This is the reason why Imran Khan has claimed many times about his government that his inspiration is Riyasat-e-Medina. Tehreek-e-Labbak in Pakistan Hazrat Mohammad Against the insult of the aggressor, he managed to create a different place by adopting the attitude. In the present situation, Imran Khan is going away from this organization and seeing his loss. Imran feels that if he separates from Tehreek-e-Labbaq, then there will be a message among the people that there is no sense of sacrifice for Hazrat Mohammed within the government which is the first condition for a Muslim.

As soon as Imran Khan felt that the image he was moving towards could be tarnished by the action on this organization, he started to distance himself from it. They are trying to give a message to Awam that Tehreek-e-Labbak has no less sentiment from Pakistan about the government and Hazrat Mohammed among them. He is also saying that the difference is that we are in the government. We have responsibilities while there is no responsibility on them. In any case, Imran Khan does not want to see himself standing up against the Tehreek-e-Labbaq. Let me tell you that Pakistan is the fifth largest party. Tehreek-e-Labbaik was founded in 2015 by Khalid Hussain Rizvi. Since Maulana’s death, his son Saad Rizvi has commanded this party.

Facebook suspension to continue on Donald Trump, Board of Supervision upheld decision