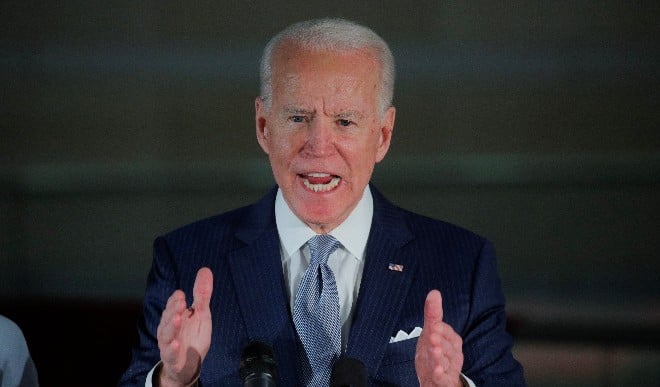 President Biden has said that America is fully helping India in the war against Kovid-19. The President said that so far six aircraft funded by the United States Agency for International Development (USAID) have departed from the US to India.

Washington | A US lawmaker has written a letter to the country’s President Joe Biden, expressing concern about the tremendous increase in the cases of Kovid-19 in India, and has requested to extend the American assistance to India. At the same time, President Biden has said that America is fully helping India in the war against Kovid-19. The President said that so far six aircraft funded by the United States Agency for International Development (USAID) have departed from the US to India.

These aircraft carry health supplies, oxygen cylinders, N95 masks and other essential medicines. “We are helping Brazil,” Biden told reporters at the White House on Tuesday. We are also helping India prominently. I spoke to Prime Minister Narendra Modi. They are most in need of materials and components that can be used to make vaccines. We are sending these things to them. ”By July 4, Biden said the United States is going to give 10 percent of the AstraZeneca vaccine to other countries. The AstraZeneca vaccine is in use worldwide but is not allowed in the US. White House Press Secretary Jane Saki said in her daily press conference that USAID had already provided some material to the Indian Red Cross at the request of the Indian government. In the letter to the President, MP Deborah Ross said, “For the past few weeks I have been hearing about the problems of people who are scared about the health and safety of their family members in India.” They feel that their family members may face problems in getting hospitalized or getting oxygen if they are infected due to the health infrastructure collapsing. ”

Ross, in his letter, thanked Biden for promptly supplying more than $ 100 million worth of medical supplies to India. Ross asked Biden to provide additional doses of vaccines with the United States to India if possible. MP Eddie Burney, chair of the US Science and Technology Committee, held a digital meeting on Tuesday with India’s Ambassador to the US, Taranjit Singh Sandhu. Burney said, “The strong relationship between India and the United States is important in tackling many of our biggest challenges today.” It was nice talking to the Indian Ambassador Sandhu about the shared values ​​of the two countries and priorities in the fields of science and technology. ”Senator Gary Peters also tweeted President Biden’s initiative to help India tackle the Kovid-19 epidemic. Praised.

At the same time, many top Democratic lawmakers launched a ‘free vaccine campaign’ at the World Trade Organization (WTO) in support of India and South Africa’s demand for a temporary waiver of the Kovid-19 vaccine patent. More than 100 Democratic lawmakers, a large number of policy makers and rights institutions began the campaign on Tuesday. Karishma Mehta, an Indian American leader from Virginia, tweeted, “Kovid-19 is killing 3,000 people every day and 120 Indians every hour.” I support all those institutions and people who are asking for a vaccine for free people.