United Kisan Morcha statement, farmers will move to Delhi in large numbers on completion of 7 months of agitation 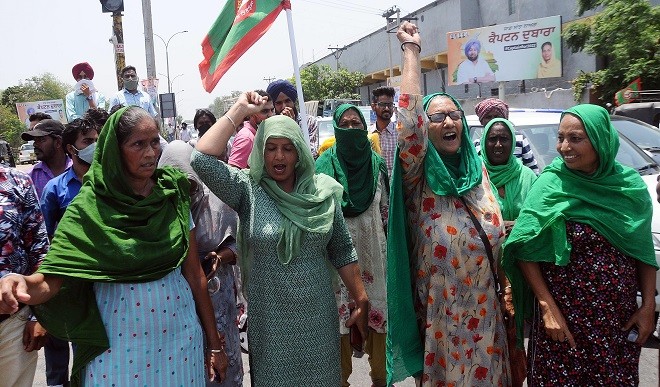 The SKM said in the statement that farmers at Singhu, Tikri and Ghazipur borders are preparing for June 26 and they will celebrate it as Save Agriculture, Save Democracy Day.

New Delhi. The United Kisan Morcha (SKM) on Thursday said a large number of farmers, including farmers from Uttar Pradesh, joined the protesters at the Delhi borders on June 26, marking seven months of their agitation against the three agricultural laws enacted last year. is expected to be. The SKM said in the statement that farmers at Singhu, Tikri and Ghazipur borders are preparing for June 26 and they will celebrate it as Save Agriculture, Save Democracy Day. Preparations are underway to celebrate June 26 as Save Agriculture, Save Democracy Day across the country, said a collective organization of 40 farmers’ unions, which is spearheading the movement against the central laws enacted in September last year. The farmers have been camping at the borders of Delhi since November demanding the withdrawal of the laws. At the same time, they are demanding that a new law should be made to guarantee the minimum support price for the crops.

A large convoy of protesters led by Gramin Kisan Mazdoor Samiti (GKS) has left for Shahjahanpur border from Ganganagar in Rajasthan today, the statement said. Similarly, farmers from Baghpat and Saharanpur under the leadership of BKU (Tikait) are expected to come to the Ghazipur border. On June 26, farmers across the country, led by unions, will protest against the laws, the statement said. Farmers celebrated the birth anniversary of 15th century Indian poet and saint Kabir Das at various protest sites on Thursday. “Communal harmony is the hallmark of this movement and today the birth anniversary of Sant Kabir was celebrated with great respect,” the SKM said in a statement. The farmers are continuing their protest by social boycott and showing black flags to leaders of BJP and allies at various places, the statement said.