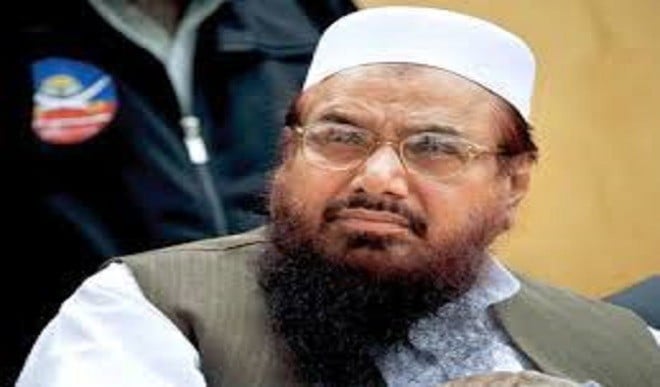 Another Punjab Police official said that David had provided his car to the suspect, who was parked at the police picket outside Saeed’s house in Jauhar Town, 15 minutes before the blast through remote control. She had left from there.

Lahore. Pakistani security agencies have identified the 2008 Mumbai terror attack conspirator and the outlawed Jamaat-ud-Dawa (JUD) chief. Hafiz Saeed A key person responsible for the car bomb blast outside K.’s house has been identified and three more people arrested in connection with the case. Officials gave this information on Saturday. An official said that counter terrorism department Three teams of CTD (CTD) have been sent to Karachi, Peshawar and Sheikhupura to gather more information about the people involved in the blast. According to Punjab province’s Law Minister Basharat Raza, eight suspects have been detained so far in connection with Wednesday’s blast. Three people were killed and 21 others were injured in the blast.

Also read: Derek Chauvin sentenced to 22 years and six months in prison for the murder of George Floyd

A CTD official said, “Three more suspects have been arrested from Lahore, Sheikhupura and Peshawar in connection with the Lahore blasts on the information of prime suspect Peter Paul David.” Whose car was used in the blast. He said investigators were trying to reach the “conspirators” of the blast. Another official said that the perpetrator of the blast has been identified and his name is Samiullah, a resident of Khyber Pakhtunkhwa (KPK) province. “At present, Samiullah is living in Dubai and his brother had kept explosives in the car,” he said, adding that the police are conducting raids to arrest Samiullah’s brother. “Yesterday our team raided David’s residence in Mahmudabad (Karachi South) and seized his travel and other important documents,” he said.

David was arrested from Lahore airport on Thursday, a day after the blast. The official said that David’s connection with MQM-London is also being probed. The Muhajir Qaumi Movement (MQM) is a political party in Pakistan, founded in 1984 by Altaf Hussain. Currently, the party is divided between two main factions. The MQM-London faction is controlled by Hussein, who is living in self-exile in Britain. It is said that David has dual citizenship. Officials have not yet confirmed whether his other nationality is from Bahrain or the United Arab Emirates. According to the official, David’s wife and a son had left their Karachi home before the police raid. Another Punjab Police official said that David had provided his car to the suspect, who was parked at the police picket outside Saeed’s house in Jauhar Town, 15 minutes before the blast through remote control. She had left from there. Around 15 kg of explosives were reportedly planted in the car. An FIR has been registered against unknown terrorists under sections. Significantly, 71-year-old Saeed is serving his sentence in Lahore’s high-security Kot Lakhpat Jail in terror financing cases.