The young man was taken from home by his friends, later he was fired with bullets 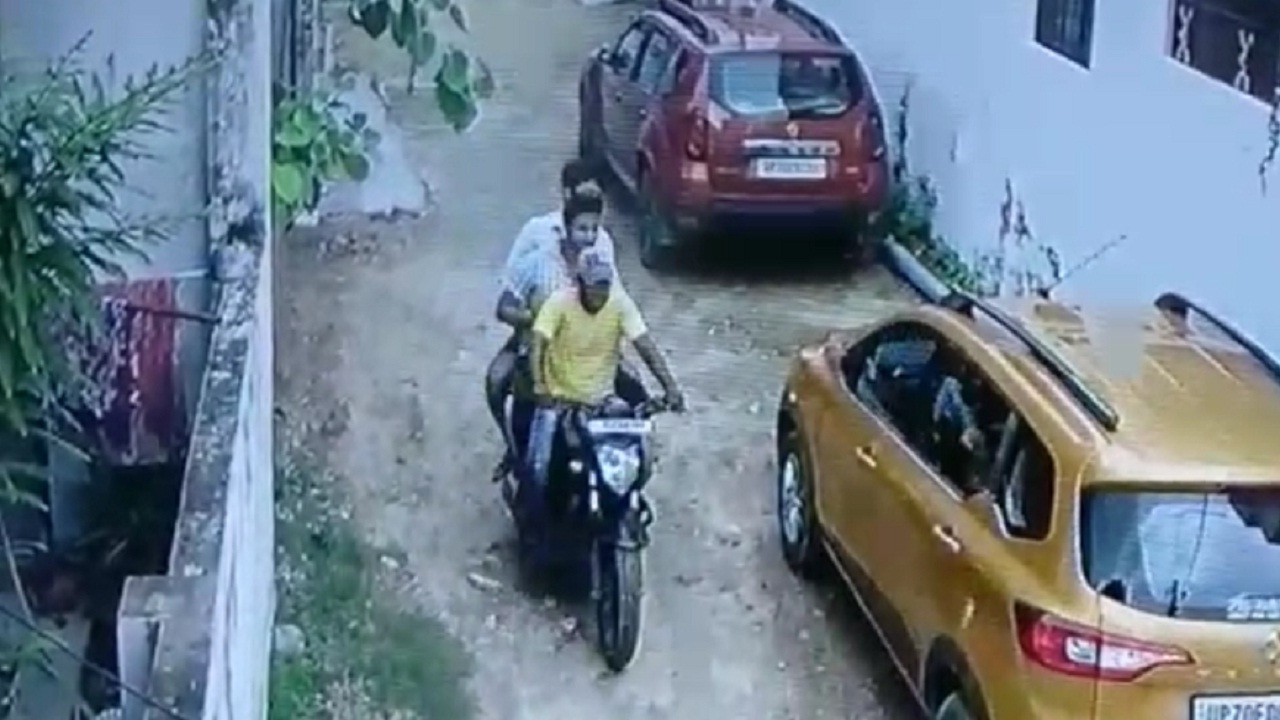 The Sangam city of Prayagraj was shaken by the sound of gunfire late at night. A youth was shot dead last night in Dhumanganj area of ​​Prayagraj.

The young man was called from home by friends, later he was roasted with bullets (Photo Credit: Video (Greb)-News Nation)

The Sangam city of Prayagraj was shaken by the sound of gunfire late at night. A youth was shot dead last night in Dhumanganj area of ​​Prayagraj. Only three of his friends have been accused of murder. It is being told that friends took this young man from home and then shot him to death. The relatives of the deceased have accused three of his friends of killing him by taking him away from home. The reason for the murder is not yet clear as of now. But a young man involved in the murder is being questioned by the police by taking him into custody.

Read also: Panic due to firing in Delhi, husband and wife were fired at the house, suspected of honor killing

According to the father of the deceased, late in the evening his friends took him away from home. Shortly after that he was shot and killed. He was in Varanasi. On reaching here, he came to know that his friends had called him from home and took him late in the evening. The reason for the murder is not yet known yet. SP City Dinesh Kumar Singh said that late on Friday night, it came to know from Swaroop Rani Hospital that a youth from Abubakarpur area of ​​Dhumanganj had come to the hospital for treatment in an injured condition due to bullet injuries. Who died during treatment.

Read also: While doing repair work in the bank, there was an eye on the money, 55 lakh rupees were spent in film style.

When the police reached the hospital, it came to know that the name of the young man is Manas Singh. He was a resident of Abubakarpur area of ​​Dhumanganj. Who has been shot dead inside an under-construction house. The police is engaged in the investigation of the whole matter. A youth involved in the incident has been taken into custody and interrogated. In the initial interrogation, the reason for the murder could not be clarified yet. The police have got some important clues in the murder case. CCTV footage has also been found, in which three youths are also seen going on a bike. At present, the police claim that soon after revealing the incident, the accused will be sent behind the bars.

Share
Facebook
Twitter
Pinterest
WhatsApp
Previous articleVirtual meeting of PM Modi and CM Yogi regarding development works of Ayodhya, vision document will be presented
Next articleHad to go to the bank without a mask, the guard shot