The NCT Government (Amendment) Act came into effect in Delhi, Kejriwal is no longer in the hands of LG 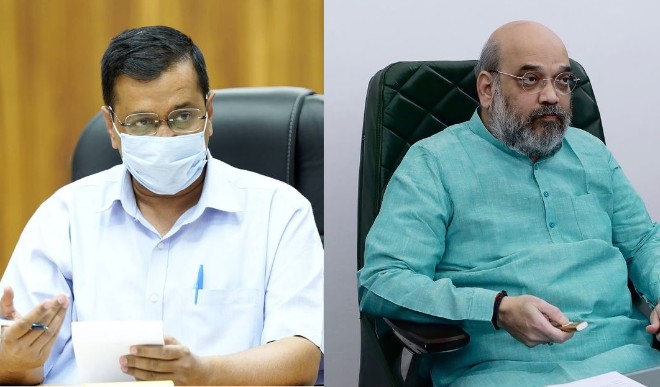 The conditions of Corona virus in Delhi are getting worse from day to day. People are leaving the capital of the country and running away. The law is that every day people here are breathing death. Doctors in hospitals are desperate that God should not show this day to anyone.

New Delhi. The conditions of Corona virus in Delhi are getting terrible from day to day. People are leaving the capital of the country and running away. The law is that every day people here are breathing death. Doctors in hospitals are desperate that God should not show this day to anyone. People are running around with their own people to save their lives. Every effort of the people is failing. Due to the acute lack of oxygen, people are dying. Woods are less for cremation in cremation houses, new cremation grounds are being built for cremation so that people can perform the last rites of their own. The current situation is that people are waiting for 20-25 hours after taking the bodies of their loved ones at the cremation grounds.

The second wave of Corona virus has caused havoc all over the country at this time. Many foreign countries are also helping India, but the circumstances are such that they are not being controlled. Every day in Delhi, the death toll from the corona virus is increasing. Due to lack of oxygen, people are dying continuously. The court has also strictly adopted the situation in Delhi and has asked the government to control the situation. The Delhi government is holding press conferences every day, but there are no improvements at the ground level. Curfew has been imposed in Delhi for the last two weeks but there has been no decline in cases. In such a situation, now the Central Government has taken the command of winning the battle against Corona virus in Delhi.

The Delhi National Capital Territory Governance (Amendment) Act, 2021 has been enacted in which the Lt. Governor has been given priority over the elected government of the city. According to the notification issued by the Ministry of Home Affairs, the provisions of the Act have come into force from 27 April. According to the new law, the Delhi government would mean ‘Lieutenant Governor’ and the Government of Delhi would now have to seek the permission of the Lieutenant Governor before taking any executive decision.

All the powers of the state government will be snatched away

The notification, issued with the signature of Additional Secretary Govind Mohan in the Ministry of Home Affairs, said, “Center using the powers vested in sub-section-2 of section one of the Delhi National Capital Territory Government (Amendment) Act, 2021 (15 of 2021). The government implements the provisions of the Act with effect from 27 April 2021. “It is noteworthy that Parliament passed this law last month. It was approved by the Lok Sabha on 22 March and the Rajya Sabha on 24 March. When this bill was passed by the Parliament, Delhi Chief Minister Arvind Kejriwal called it a “sad day for Indian democracy”.

What is a GNCTD Act

The 2021 amendment provides that the word “Government” referred to in any law made by the Legislative Assembly shall affect the Lieutenant Governor (LG). The amendment allows rules to be made to regulate the process and conduct of business in the Legislative Assembly. The amendment provides that such rules should conform to the rules of procedure and conduct of business in the Lok Sabha.

It prohibits the Legislative Assembly from making any rules to enable itself or its committees:

(i) To consider matters of day to day administration of NCT of Delhi.

(ii) To make any inquiry in relation to administrative decisions. Further, the amendment provides that all such rules made before its enactment shall be void. The amendment requires LG to reserve some bills passed by the Legislative Assembly for the President’s consideration. Which the President can direct to be reserved

(iii) Salaries and allowances of the Speaker, Deputy Chairman and Members of the Legislative Assembly and Ministers, or (iv) Relates to official languages. Legislative Assembly or NCT of Delhi. The amendment also requires LG to reserve bills for the President that cover any matter outside the purview of the powers of the Legislative Assembly. It also specifies that all executive action by the government, whether done on the advice of ministers or otherwise, should be taken in the name of LG. The amendment states that on certain matters specified by LG, the decisions of the Minister / Council of Ministers should be taken before taking any executive action.