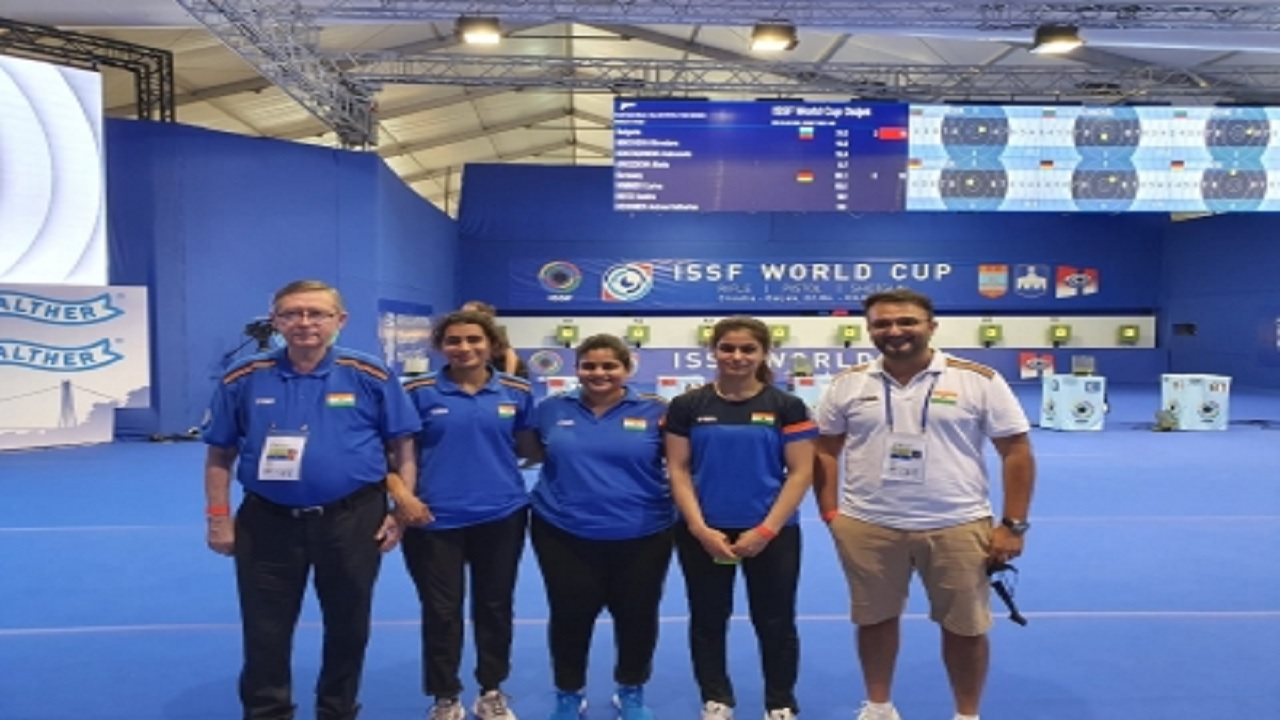 India won its second medal in the Rifle/Pistol/Shotgun phase of the International Shooting Sports Federation (ISSF) World Cup in Osijek, Croatia. This bronze medal was given to her by the women’s 10m air pistol team by defeating Hungary 16-12. In the 10m air team, Rahi Sarnobat, Manu Bhaker and Yashaswini Deswal had reached the medal race through two rounds of the first qualification. They had topped the first round on Thursday and then in the second round, which included the top eight teams from the first round, missed out on the gold medal match by two points.

In the bronze medal match against the Hungarian trio of Veronica Major, Sara Fabian and Miriam Jako, the Indians took a 14-6 lead by winning seven of the first 10 series of three single shots per team member. Two points are awarded to the team with the highest three-shots, while in case of a tie, the points are divided equally. The first with 16 points wins the match.

In the bronze medal match of the men’s 10m air rifle team, the Indians were involved in another tough fight, but this time they could not get a medal. The bronze medal match between Divyansh Singh Panwar, Deepak Kumar and Aishwarya Pratap Singh Tomar and India of Serbia was tied 4-4, 5-5, 6-6, 8-8, 10-10, 12-12. And then later before 14-14 finally achieved it.

Gurjot Khangura, India’s lone player in men’s skeet, finished 56th in the qualification with a score of 115. Saurabh Chaudhary also won India’s first medal-bronze in the men’s 10m air pistol event on day one on Thursday.

At the same time, Indian Bank is celebrating the inspiring achievement and indomitable enthusiasm of sharp para shooter Pooja Agarwal on her victory in the World Shooting Para Sports Cup held in Lima, Peru. Pooja added two silvers to her long list of victories. While working as a manager in Indian Bank, Pooja continues her training in Sportscraft (Delhi) for International Para Pistol shooting with coach Subhash Rana at Dr. Karni Singh Shooting Range 40 kms from home under Purna Purva Shooting Academy and She is representing India at the world level.

35-year-old Pooja started shooting in the year 2016 after joining the bank in the year 2014. In the year 2012, a tragic accident happened to him in which he lost his legs. Since then he has been on an inspiring journey as a diva sharp shooter overcoming all odds. From battling her day to day tasks to becoming an empowered and independent woman, Pooja’s journey shows determination and willpower to fight the odds and make a mark for herself, her bank and her country.

Share
Facebook
Twitter
Pinterest
WhatsApp
Previous articleTwitter closed IT Minister’s account for 1 hour, Ravi Shankar Prasad said that it is a gross violation of rules
Next articleWhen the second wave of Corona stopped, Delta Plus came, know why it is so dangerous