Sanjay Nishad do not beg, come to us, we will make Chief Minister: Rajbhar 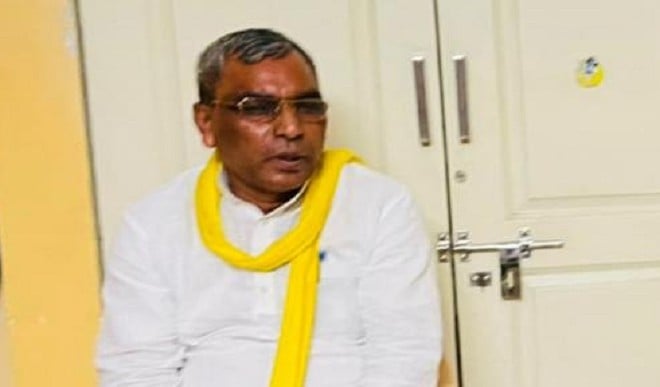 Omprakash Rajbhar said that the Bharatiya Janata Party (BJP) does not have votes. Sanjay Nishad’s son who went there went to beg. If they come with us, we claim that if our government is formed, it will last for 5 years.

Lucknow. Suheldev Bharatiya Samaj Party President Omprakash Rajbhar claimed to have five chief ministers of different castes and four deputy chief ministers in a year when he came to power. During this, he called upon the Nishad Party to join the Partnership Front. Omprakash Rajbhar said that the Bharatiya Janata Party (BJP) does not have votes. Sanjay Nishad’s son who went there went to beg. If they come with us, we claim that if our government is formed, it will last for 5 years.

Also read: The wedding procession came to the door but the bride refused to marry, there was a loss of five lakhs, know the reason

Nishad Party President Sanjay Nishad has made a big demand from BJP in view of the upcoming elections. He had said that BJP had promised us one cabinet post and one Rajya Sabha seat. Our demand is that I should be made the face of Deputy Chief Minister on behalf of BJP in the upcoming elections. If BJP does this, it will benefit in elections and our government will be formed.

Sanjay Nishad had claimed that more than 144 assembly seats in UP are dominated by Nishad and his other sub-castes. This caste gives victory to BJP. He has also talked about giving proper representation in the central and state governments. Earlier, Sanjay Nishad had met Home Minister Amit Shah and put forth his demands.

Mathura’s Dwarkadhish temple ready for the month of Shravan, ban on devotees without masks