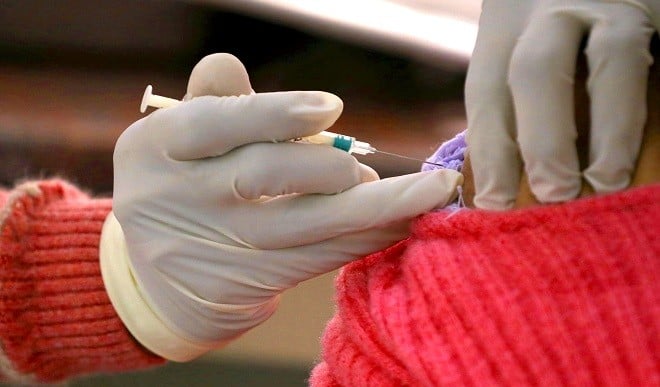 According to the information received, a fake IAS officer was running the vaccination campaign. The police has constituted SIT for the investigation.

New Delhi. corona virus Vaccination is the only important weapon against infection, but these days news related to fake vaccination is coming out. Meanwhile, Kolkata Police has constituted a Special Investigation Team (SIT) to investigate such cases.

Also read: Case registered against 32 teachers who got jobs from fake degree of B.Ed in Mathura

Fake IAS officer was getting vaccination

According to the information received, a fake IAS officer vaccination campaign was driving The police has constituted SIT for the investigation. Not only this, 28-year-old Debanjan Deb has been arrested by the police. A senior Kolkata Police official said that we have formed an SIT with intelligence officials to probe the matter. The accused seems to have duped many people by telling them that he is in charge of several development projects.

Actress and Trinamool Congress MP Mimi Chakraborty She has also become a victim of fraud. He had got the corona vaccine administered in one of the camps set up by Deb. He got suspicious when no SMS had come on his mobile. that is obtained after vaccination.

Deb was seen with TMC leaders!

of the accused Deb Trinamool Congress Many pictures have surfaced with the leaders and ministers of After which the BJP became the attacker. Not only this, the BJP has demanded a CBI inquiry, terming it as a conspiracy against the Centre. leader of the opposition Subhendu Adhikari Said that the Bengal government is helping people with conflicting identities organize camps to defame the Centre. He said that if there is any adverse effect on the vaccinated people then Trinamool will blame the Center for providing fake vaccine.

Shubhendu Adhikari has written a letter to Union Health Minister Harsh Vardhan regarding this matter. Which has been shared by BJP IT chief Amit Malviya on Twitter. He wrote that the vaccination campaign in West Bengal is no less than a farce. Coupon sales for vaccines, theft of vials from government hospitals and now fraudsters are organizing fake vaccination camps under the patronage of TMC. Where there is neither registration nor certificate.

In West Bengal, the vaccination drive is nothing short of a farce. After coupon sale for vaccines, theft of vials from government facilities, now fraudsters, patronized by influential members of the ruling TMC, are holding illegal vaccination camps. No registration, no certificates… pic.twitter.com/4XDumLO5Ae

Senior Trinamool leader Tapas Ray said that if only one picture proves someone guilty, then many BJP leaders should be put behind bars for posing with several scamsters. He has called the allegations baseless.

Fake vaccination is happening in Mumbai too

According to media reports Mumbai Police has also formed SIT regarding fake vaccination camps. In the initial investigation, it has been found that people have been given injection of ‘saline water’ in the name of vaccine. Here, the fake vaccination gang has cheated lakhs of rupees. According to the information received, nine such camps were organized between May 25 and June 6. Against whom 7 cases have been registered.

Share
Facebook
Twitter
Pinterest
WhatsApp
Previous articleEXCLUSIVE: Didn’t make a mistake by making Dhawan the captain, Vengsarkar said…
Next articleT20 World Cup set to be out of India, final may be held in UAE on November 14