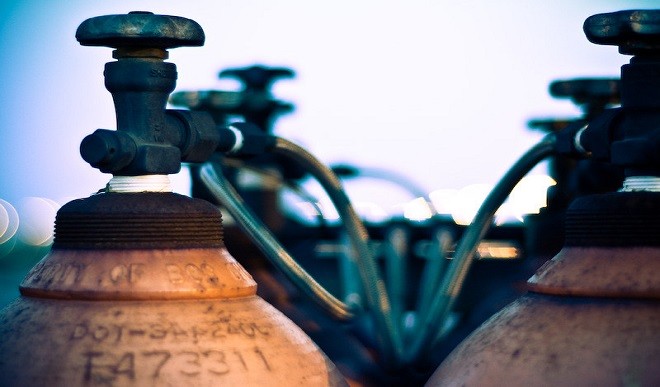 A five-member committee headed by All India Institute of Medical Sciences (AIIMS) director Randeep Guleria had said that the Delhi government had claimed 700 metric tonnes of medical grade oxygen on April 30, using a “wrong formula”.

New Delhi. All India Institute of Medical Sciences (AIIMS) director Randeep Guleria on Saturday said about the report given on Delhi’s oxygen requirement that it is interim and not the final word. At the same time, Chief Minister Arvind Kejriwal insisted that the lack of oxygen during the second wave of the Kovid-19 epidemic was real. Under criticism for allegedly exaggerating the oxygen requirement of Delhi’s hospitals, Kejriwal appealed to everyone to stop unnecessary political rhetoric on the subject and work together so that the third No one should face any problem in the wave. Kejriwal tweeted, “If we fight amongst ourselves, the corona virus will win.” Significantly, a day ago there was a fierce verbal war between the Aam Aadmi Party and the Bharatiya Janata Party over the report, which said that Kovid-19 The demand for oxygen in Delhi was reported to be four times higher during the second wave of Guleria, who headed the five-member Supreme Court-appointed committee, told PTI, “This is an interim report. The need for oxygen has been fluctuating and varies from day to day. This matter is sub judice in the court. ”

Also read: New guidelines issued regarding Unlock-4 in Delhi, gyms and yoga institutes will open, 50 people will be able to attend weddings

After the report came out, the Bharatiya Janata Party (BJP) on Friday accused the Arvind Kejriwal government of “criminal negligence”, while Deputy Chief Minister Manish Sisodia alleged that “fake reports” were made in the BJP’s office. The fort is gone. In a tweet, Kejriwal said, “If your fight over oxygen is over, then do some work? Let’s make such a system together that no one lacks oxygen in the third wave. In the second wave, people suffered a severe shortage of oxygen. Now this should not happen in the third wave. Corona will win if we fight amongst ourselves. If we fight together, the country will win.” In a tweet, Sisodia described the BJP as a “Bharatiya sparring party”, saying, “The leaders of the Indian sparring party only know how to fight. They mean neither oxygen nor the third wave of corona. When the third wave comes, they will be fighting in the elections at some other place. When the elections are over, then they will start quarreling with the elected governments. A sub-group constituted by the Supreme Court said the Delhi government had “exaggerated” the oxygen consumption and claimed 1140 MT of oxygen, which was four times the requirement of 289 MT.

A five-member committee headed by All India Institute of Medical Sciences (AIIMS) director Randeep Guleria had said that the Delhi government had claimed 700 metric tonnes of medical grade oxygen on April 30, using a “wrong formula”. At the same time, two members, BS Bhalla, Principal Secretary (Home) to the Delhi Government and Sandeep Budhiraja, Clinical Director, Max Healthcare, raised questions on the results. Bhalla lodged his objection and commented on the 23-page interim report shared with him on May 30. The report has an annexure to a letter sent by Bhalla on May 31, in which he said that a reading of the draft interim report makes it “sadly clear” that there is no need for a period of May 6 to focus on the sub-group work. Failure to comply with the conditions of the Supreme Court order. He said the manner in which the sub-group acted indicated that the purpose of the proceedings was to reach a pre-planned and settled conclusion and to recommend lower doses of medical oxygen to Delhi. Bhalla said an attempt was also made to show that the assessment of the Delhi government before the High Court and the Supreme Court was not genuine and the demand was shown exaggerated. He said in his note that it is of no use to say that such an exercise does not further the “spirit, intent and purpose” of the apex court’s order under which the sub-group was constituted. Bhalla also objected to the sub-group’s finding that the medical oxygen consumption for patients admitted at the end of April was 250 tonne, 470-490 metric tonne in the first week of May and 900 metric tonne as claimed on May 10 . “This para should be removed as it is neither correct nor based on verifiable data. With the number of new infections rising in the first week of May, and continuing to increase the number of hospital beds thereafter, the oxygen requirement was around 625 MT at the end of April and 700 MT in the first week of May With regard to the conclusion of the Delhi government overstating the demand, Bhalla said that the Delhi government has made it clear that the demand of 700 metric tonnes of oxygen is in line with the standard oxygen requirement prescribed by the Central Government and the Indian Council of Medical Research (ICMR). This is 24 liters per minute for Intensive Care Unit (ICU) beds and 10 liters per minute for non-ICU beds. He said, “Doubts on the requirement of oxygen to non-ICU beds can only be resolved through actual audit of hospitals, which is yet to be done by the audit sub-group.” Kejriwal tweeted after the controversy escalated. “My crime – I fought to give breath to my two crore people. When you were doing election rally, I was awake all night arranging for oxygen.” He said in another tweet, “People have lost their loved ones due to lack of oxygen. Don’t call them liars, they are feeling very bad.” The families of those who lost their lives due to lack of oxygen during the second wave of the pandemic have demanded a fair probe into the matter after the reports. Gaurav Gera lost his parents in a span of just one hour due to lack of oxygen. His father Charanjit Gera was admitted to Jaipur Golden Hospital, while his mother Sonu Rani was admitted to Ambedkar Hospital. Gaurav said, “There are many people who have lost their family members due to lack of oxygen. At Jaipur Golden Hospital, we were told that patients’ lives could have been saved had there been enough oxygen. However, I feel that a far greater number of people have died due to lack of oxygen than the figures that have come out. Besides Guleria, Bhalla and Budhiraja, the sub-group also includes Subodh Yadav, Joint Secretary in the Ministry of Jal Shakti and Sanjay Kumar Singh, Controller of Petroleum and Explosive Safety Organisation.

Share
Facebook
Twitter
Pinterest
WhatsApp
Previous articleNew guidelines issued regarding Unlock-4 in Delhi, gyms and yoga institutes will open, 50 people will be able to attend weddings
Next article21-year-old sister-in-law was made a victim of her lust, sister also supported