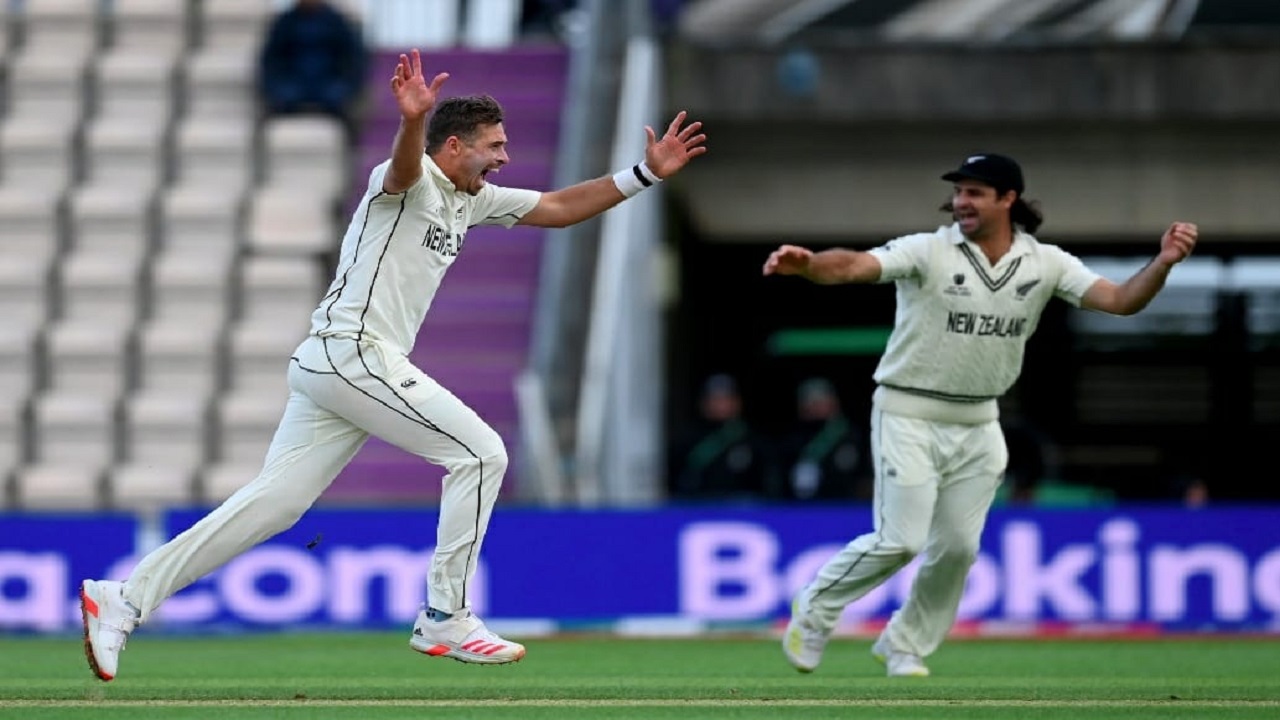 New Zealand had earlier won the ICC Champions Trophy in the year 2000, but they have now created history by winning the first edition of the WTC.

New Zealand played India here World Test Championship (WTC 2021) He won his second ICC tournament with defeat in the final of the tournament and with this he became the overall champion of cricket. New Zealand had earlier won the ICC Champions Trophy in the year 2000, but they have now created history by winning the first edition of the WTC. The match was tough till the end. However, India had to break the pair of Kane Williamson and Ross Taylor, who made a big partnership for the third wicket. Cheteshwar Pujara, however, missed the opportunity by dropping a catch at first slip. It was difficult to bat throughout the match, but the New Zealand batsmen batted better in this situation. Meanwhile, India Virat Kohli still under the leadership of ICC Waiting to win the tournament has only increased with this defeat.

the trinity disappointed
India had extended their innings on the sixth day by 64 runs for two wickets, but their trinity disappointed. Kyle Jamieson of 6 feet 8 inches bowled the best to dismiss Kohli. After this he also sent Pujara to the pavilion. After this there was a burden on Ajinkya Rahane but he also lost his wicket. Rishabh Pant definitely tried something but could not play big innings. There is no doubt that the 23-year-old batsman is talented, but he needs to focus on his technique. However, he became unwell during New Zealand’s innings and walked off the field after the tee break. Wriddhiman Saha took over the responsibility of wicketkeeping in his place.

Kiwi bowlers understood the pitch better
New Zealand’s fast bowlers understood the pitch better than their Indian counterparts. After noon India had an opportunity to do something with the new ball but it was not very impressive. The population of New Zealand is 5 million which is 0.36 percent of the population of India. The country’s investment in cricket is negligible compared to the outlay in India. During the match, whenever an Indian player hit a boundary or a New Zealand batsman was out, the fans would shout in a loud voice, ‘India will win’.

Kiwi team got two advantages
For the first time in the week, the sun came out well and the green outfield looked better, but the Indian batting order could not show any charisma in it. There is also a fact that in six consecutive Test innings against New Zealand, Kohli’s team has failed to cross the score of 250, out of which four times it has been reduced to less than 200. It shows that Indian batsmen are not able to cross fast. It cannot be ignored that the Kiwi team gets two advantages here. First the English environment is similar to that of New Zealand and second they played a two-match Test series against England before the final match. The preparation of the Kiwi team was good and India was aware of this.

It felt like Team India was playing a practice match
Apart from 1986, the first half of the English summer and the month of June fall in this category where Indian cricket lives in Warterloo. How BCCI President Sourav Ganguly, with his extensive background at the highest level of the game, sent Indians for it. Watching the match, former Indian spinner Dilip Doshi, who has spent nearly 15 years in county and league cricket in England, said, “Most of the time it looked like Indian players were playing practice matches”.