National Refreshment Day: Try cinnamon and ginger tea in monsoon, will stay away from diseases 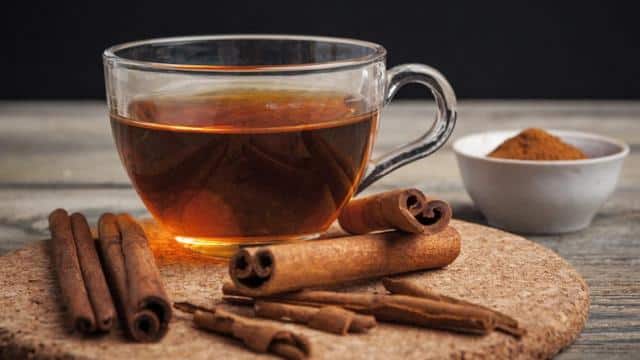 National Refreshment Day: As soon as the rainy season starts, many health-related problems start troubling the person. In this season, due to the moisture present in the environment, infection ie bacteria become more active. This is the reason that the diseases caused by infection flourish more and spread faster during the rainy days. To avoid these diseases, special attention is needed not only on cleanliness but also on food and drink. In such a situation, if you ever get drenched in rain water, then drink cinnamon and ginger tea to protect yourself from getting sick. This tea protects against many diseases and reduces the risk of cough and cold. Let us know how this tea is made.

How to make Cinnamon and Ginger Tea
To make this tea, boil 1/2 teaspoon dried ginger powder and 1/2 teaspoon cinnamon powder in 1 glass of water and boil it well. When the water becomes half, then turn off the gas and consume it. If you do not have cinnamon and ginger (Ginger and Cinnamon tea benefits) powder, then you can also use fresh ginger and half inch lentil sugar sticks instead. Along with getting instant energy by consuming it, the risk of diseases is also reduced.

Benefits of drinking cinnamon and ginger tea
Consuming this tea daily in the morning on an empty stomach and after dinner helps a person burn calories. Apart from this, along with improving the metabolism of the body, it also helps in reducing weight.
This tea is also considered very beneficial for removing the pain of periods. It helps in relieving cramps by reducing inflammation.
This tea also removes the problem of indigestion by balancing the stomach acid.
This natural drink helps in curing the symptoms of diabetes by controlling the blood sugar level in the body.
This herbal tea cleanses the body from inside. That is, detoxifies the body. Due to which your body remains healthy.