Nadda said in the executive meeting, Haryana moved from a corrupt state to a progressive state after Modi government came 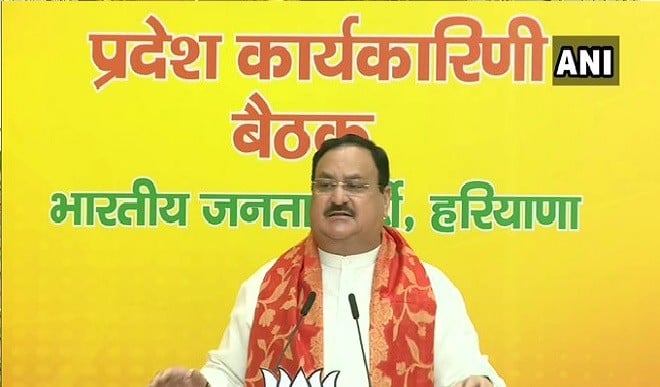 Addressing the Haryana BJP state executive meeting, BJP President JP Nadda said that at one time Haryana was a state of corruption. Modi government came in 2014 and the government was established in Haryana. After which Haryana moved from a corrupt state to a progressive state. It’s been 7 years today, no scam has happened. Under the Mera Parivar Meri Pehchaan scheme, the work was done to empower those who were at the bottom rung economically and socially. The Government of Haryana has done the work of taking this scheme to a successful dimension. JP Nadda said that there was a time when the headman in the panchayat used to earn money even for giving the forms of any scheme. This was the extent of corruption in Haryana. Today information about 551 schemes and their forms are available at Saral Kendras in the state. This is an attempt to free the common man from corruption.

JP Nadda said that on the completion of 7 years of Modi government on May 30, Haryana BJP unit distributed 6 lakh masks and sanitizers, 21,000 ration kits, 47,000 care kits, 1.88 lakh thermal scanners and conducted cleanliness programs at 600 places. For the last 1.5 years, all political parties have gone into lockdown, all political parties have become quarantined. But under the leadership of Prime Minister Narendra Modi, crores of BJP workers have made the organization a service.

The BJP President said that under the Pradhan Mantri Garib Kalyan Anna Yojana, 80 crore people will get 5 kg of wheat or rice and 1 kg of pulses, this will run the stove of the poor, he will get bread. This arrangement was done last year also and has been done this year also. World’s largest vaccination campaign setting new records. So far, a total of more than 30 crore vaccines have been administered across the country, out of which more than 9 crore vaccines have been administered to people in the age group of 18 to 44.

Share
Facebook
Twitter
Pinterest
WhatsApp
Previous articleIf a child is born this year, it will suffer hunger, drought and diseases by 2050
Next articlePM Modi’s 3.45 hour long meeting on Mission Kashmir 2.0, know the key points of the meeting