Kovid-19 affects not only the body, but also the brain, study revealed 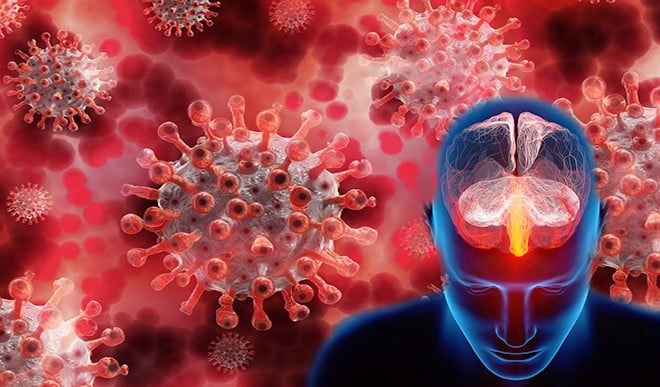 During the first wave of corona, where symptoms like headache and fever were seen prominently, the second wave showed its effect on the lungs and in such a situation people started having difficulty in breathing and they started needing extra oxygen.

These days corona infection to overcome vaccination campaign It is being run in full swing all over the country. On the other hand, many symptoms are being seen in people suffering from corona and those who have recovered from corona. During the first wave of corona, where symptoms like headache and fever were seen prominently, the second wave showed its effect on the lungs and in such a situation people started having difficulty in breathing and they started needing extra oxygen. However, it has now been found that this infection has adverse effects on other parts of the body as well as the brain, and this has led to symptoms of brain swelling and neurodegeneration in individuals. This was revealed in one such study. So let’s know about this in detail-

what the study says

Researchers from the Stanford School of Medicine, the US and Saarland University in Germany concluded through a study that the brains of people who died of COVID-19 showed signs of inflammation and neurodegeneration, compared to those who died from conditions such as Alzheimer’s and Parkinson’s disease. seen in people. What’s more, the study also found that these complaints tend to increase with more severe cases of COVID-19, and may also persist as an aspect of “long-lasting COVID”. It occurs after infection with SARS&CoV&2, the virus that causes COVID-19.

Tony Wise-Corey, a Stanford professor, explains that covid-19 Symptoms of fuzzy thinking, amnesia, difficulty concentrating and depression were observed in about one-third of those hospitalized after reporting positive.

Also read: Know what is D-dimer test and why corona patients are giving priority to this test

“The brains of patients who died of severe COVID-19 showed deep molecular markers of inflammation, even though those patients had no clinical signs of neurological impairment,” Vice-Corey said. However, previous work by Wise-Corey’s group and others has shown that blood-borne factors outside the brain can signal through the blood-brain barrier. Brain May increase inflammatory reactions inside. At the same time, the latest study published in the journal Nature found that activation levels of hundreds of genes in all major cell types in the brain differed in the brains of Kovid-19 patients versus the brains of the control group. There were also signs of distase in neurons in the cerebral cortex, a brain region that plays a key role in decision-making, memory and mathematical reasoning.

According to Vice-Cor, this viral infection appears to trigger inflammatory responses throughout the body that can also cause inflammatory signaling across the blood-brain barrier, which in turn can set off neuroinflammation in the brain.

Disclaimer: The suggestions in this article are for general information. Do not take these tips and information as the advice of a doctor or medical professional. In case of symptoms of any disease, consult a doctor.