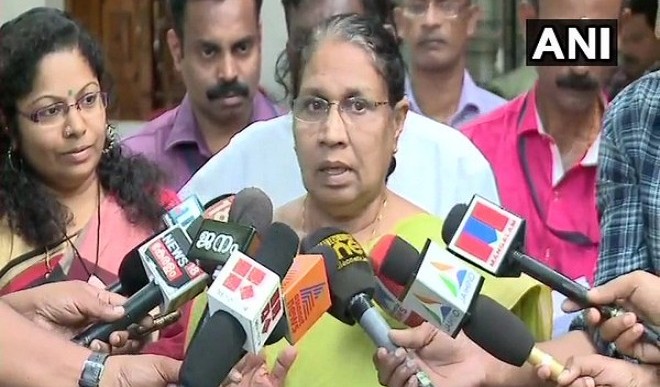 Thiruvananthapuram. Kerala State Commission for Women Chairperson MC Josephine on Friday resigned from her post, a day after her alleged insensitive remarks sparked controversy. CPI(M) sources gave this information. The ruling CPI(M) was in an uneasy situation after Josephine had a cold-blooded conversation with a domestic violence complainant during a television program being broadcast live on a Malayalam channel on Wednesday. Josephile had clarified his stand regarding his comments in the state CPI(M) secretariat meeting.

But the party directed him to tender his resignation, according to sources. A party source said, “She will soon submit her resignation letter to the chief secretary.” Opposition Congress and BJP condemned Josephine’s conduct and demanded her resignation. During the television show, a woman said that her husband And the mother-in-law tortures her. Then Josephine asked the complainant whether she had filed a police complaint against her husband and mother-in-law. The woman answered it in ‘No’. To this Josephine reportedly said that you should face the consequences for not going to the police. The chairman of the commission was seen saying this in anger.

The complainant had told Josephine that she was married in 2014 and has no children, as her husband and mother-in-law often harass her. This video of the chairperson of the Women’s Commission on TV channel went viral on social media and people started demanding her resignation for her insensitive attitude. Among those making such demands are people with left wing tendencies. CPI(M) central committee member Josephine in a statement also expressed regret over her behaviour.