Karnataka government implemented weekend curfew in the state, know what will be open, what will remain closed 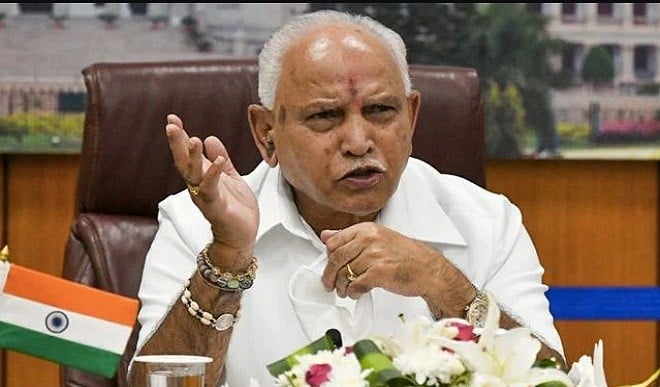 The Karnataka government has announced to impose weekend curfew in the state from Friday. During this, the government has fixed the opening and closing time of the shops.

The Karnataka government has become alert about the Delta Plus variant of Corona in the country. In such a situation, the government has announced to impose weekend curfew in the state. During this, the government has fixed the opening and closing time of the shops. The government has allowed the functioning of shops dealing with essential goods and services from 6 am to 2 pm during the curfew, which is in force in Bengaluru and 19 other districts, from 7 pm on Friday to 5 am on Monday. Will stay The state government had announced further relaxation of coronavirus restrictions from June 21.

Also read: All degree college students to be vaccinated in July

These services will be allowed

However, the weekend curfew will remain in force to prevent the spread of infection by restricting the movement of persons except for essential and emergency activities. Shops selling food items, groceries, fruits, vegetables, meat, fish, animal feed and dairy and milk will remain open on Saturdays and Sundays. Public distribution system shops and street vendors are also allowed to function from 6 am to 2 pm.

During the curfew, from 6 am to 2 pm, only liquor shops will be allowed to take liquor home. The government has allowed 24×7 home delivery of all items to reduce the movement of persons outside homes.

Meanwhile, the movement of buses, trains and air travel is allowed. Movement of public transport, private vehicles and taxis are permitted from airports, railway stations and bus terminals/stops/stands to facilitate movement of passengers by air, rail and road. “Movement will be allowed only on production of valid travel documents/tickets and strictly adhering to the COVID protocols during the weekend curfew,”

The Bengaluru Metropolitan Transport Corporation (BMTC), in a statement on Friday, said that it will operate only 30 per cent bus services in the city due to the weekend curfew. BMTC said that during the weekend curfew only shops dealing with food, groceries, fruits and vegetables, milk and medicine etc. are allowed to function and other business activities and movement of persons are restricted. This is expected to reduce passenger movement, hence BMTC will reduce its bus services on weekends,”

BMTC said in the statement, it will operate only 30 per cent of its existing 4,000 bus services, only 1,200 buses will be operated on June 26 and 27,” as per government guidelines for already scheduled marriages following the Covid norms. permitted to be held. Only 40 relatives are allowed in weddings and a maximum of 5 people are allowed in funerals, strictly following the COVID-19 protocol. Meanwhile, patients and their families, in case of emergency and those seeking corona vaccine, are allowed to travel with valid proof.