Kapil Dev led India to its first World Cup in 1983 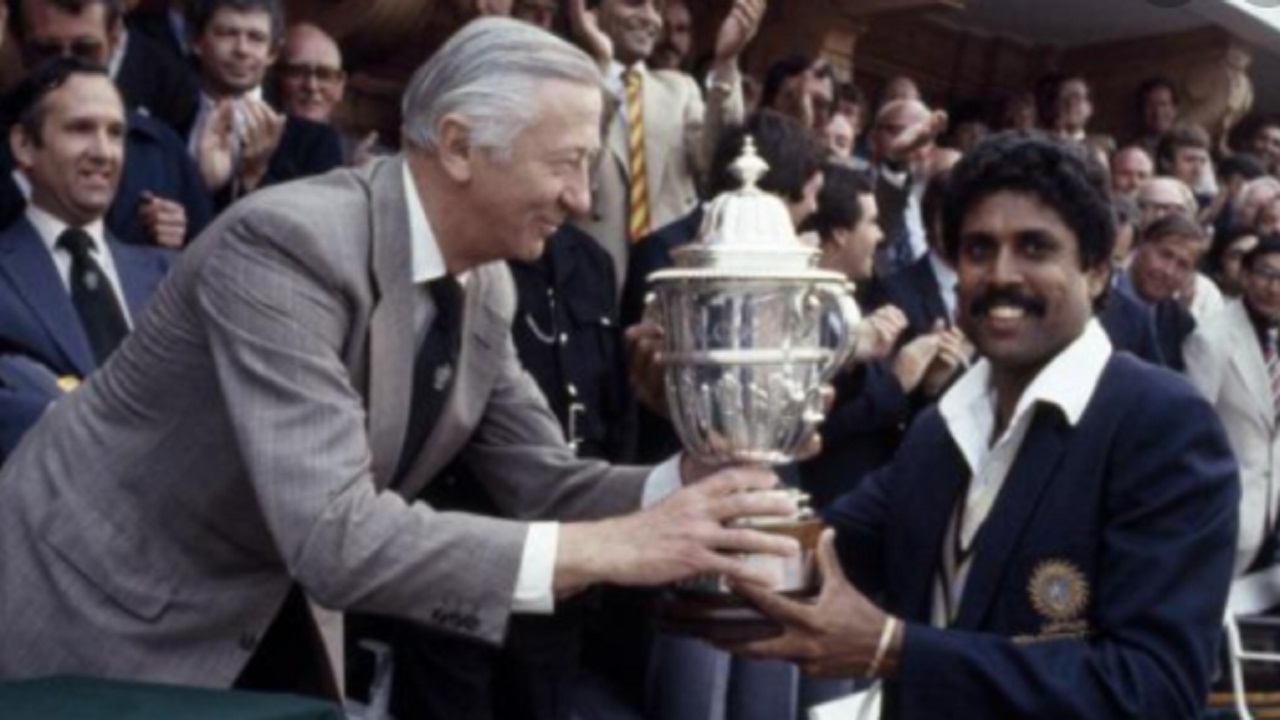 It is everyone’s dream to get the cricket world cup as a captain. legends of india Kapil Dev lucky in this case that they not only World Cup I got a chance to take over the command of Team India, but also made India the world champion. It was on June 25, 1983, when India defeated West Indies by 43 runs to win their first Cricket World Cup title. Sunil Gavaskar, K Srikanth, in India’s World Cup final playing XI Mohinder Amarnath, Yashpal Sharma, SM Patil, Kapil Dev, Kirti Azad, Roger Binny, Madan Lal, Syed Kirmani and Balwinder Sandhu. West Indies won the toss and invited India to bat first. Team India led by Kapil Dev managed to score only 183 runs. For West Indies, Andy Roberts took three wickets while Malcolm Marshall, Michael Holding and Larry Gomes took two wickets each. For India, Kris Srikkanth top-scored with 38 runs, apart from him, no other batsman could cross the 30-run mark.

Windies all out for 140 runs
It was not easy to defend 183 in front of a team like Windies. But as soon as Madan Lal dismissed his leading batsman Vivian Richards (33), the opposition team came under pressure. Windies’ score at that time was 57/3. Soon the Caribbean team lost 6 wickets for 76 runs and India moved towards victory. Mohinder Amarnath took India’s first World Cup title by taking the last wicket of Michael Holding. In the final, the entire West Indies team was all out for 140 runs. As a result India won the match by 43 runs.

When the match was won alone against Zimbabwe
Mohinder Amarnath was adjudged man of the match in the final as he scored 26 runs with the bat and also took three wickets with the ball. Earlier in the 1983 World Cup, in a group-stage match against Zimbabwe, Kapil Dev played one of the most memorable innings in the history of cricket to lead his team to victory, which could not be recorded. In the match against Zimbabwe, India won the toss and opted to bat first. Team India lost 5 wickets for 17 runs. Big batsmen like Sunil Gavaskar, K Srikanth and Mohinder Amarnath failed.

That explosive innings of 175 runs
Roger Binny provided little support to Kapil Dev. Together they scored 60 runs, but Binny was also dismissed after scoring 22 runs and India’s score was 6 for 77 runs. From there, Kapil Dev took over the responsibility and started batting. The all-rounder eventually scored 175 runs with the help of 16 fours and 6 sixes, helping India reach a respectable score of 266 runs. It was the innings of Kapil Dev, India won this match by 31 runs.

Share
Facebook
Twitter
Pinterest
WhatsApp
Previous articlePanic due to shooting in Delhi, entered the house and fired bullets at the husband and wife
Next articleNHRC officials reach Bengal to investigate complaints of post-poll violence