Jyotiraditya Scindia in action as soon as he became a minister, three major panels formed for the aviation sector devastated by Corona 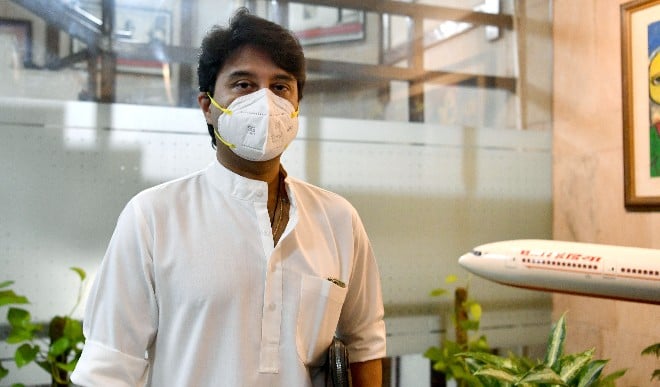 New Delhi. The Ministry of Civil Aviation has constituted three advisory groups to deliberate on and resolve the challenges of the aviation sector. These groups include airlines, airport operators, cargo aircraft, ‘ground handling’ companies, flight training organizations (FTOs) and maintenance and repair companies (MROs), according to a statement issued by the ministry on Wednesday. India and its aviation sector were badly affected by the second wave of the corona virus epidemic in April and May.

Also read: Rishabh Pant joined the Indian team after recovering from Corona infection, will take part in the practice match

The financial condition of many stakeholders in the aviation sector is not good at this time. “The Ministry of Civil Aviation, headed by Hon’ble Civil Aviation Minister Jyotiraditya Scindia, has constituted three Advisory Groups comprising of Aviation Companies, Aircraft Operators & MROs, Cargo Aircraft, FTOs and Ground Handling Companies,” the ministry tweeted. “The Groups will meet regularly to discuss matters and resolve the challenges faced by each region. Orders have been issued for this.”

According to the order issued by the Ministry of Civil Aviation on July 20, the first group is to protect the viability of airlines, enhance domestic and international connectivity, encourage passenger and cargo service, human labor efficiency in the aviation sector and provide India with passenger services, cargo and The MRO will advise on developing it as a center of service.

According to the statement, the third advisory group consists of four sub-groups – AMRO, Ground Operations, Cargo and FTO. Each sub-group will consist of four executives from the relevant industry as members and provide advice on the area concerned. Domestic airlines in India were suspended for nearly two months between March 25 and May 24 last year due to the lockdown. Domestic aviation was back on track since June 2020, but in April and May this year, the second wave of the pandemic hit the aviation sector again in the country.