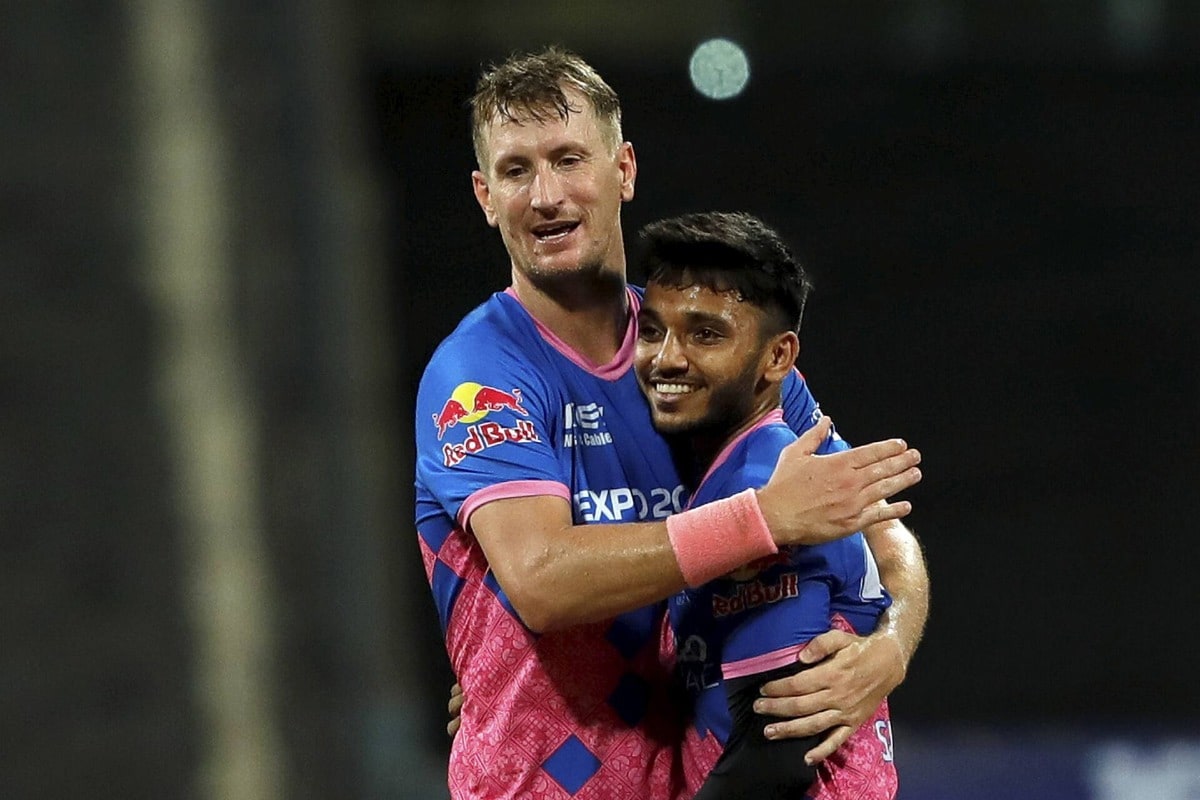 Mumbai. All-rounder Chris Morris’s career best bowling performance helped former champions Rajasthan Royals beat Kolkata Knight Riders (RR vs KKR) by 6 wickets in the 18th match of IPL-2021 on Saturday. At Wankhede Stadium, KKR scored 133 runs for 9 wickets in 20 overs, after which Rajasthan achieved the target by losing four wickets in 18.5 overs. With this, Rajasthan registered their second win in the season and the team has now reached number six in the table with 4 points. At the same time, KKR suffered a fourth defeat in 5 matches and the team is at the bottom of the table of 8 teams.

Chasing the target of 134 runs, Rajasthan team captain Sanju Samson remained frozen till the end and he scored 42 runs from 41 balls with the help of two fours and a six. David Miller returned unbeaten after scoring 24 runs. Both shared an unbeaten 34-run partnership for the 5th wicket. Miller hit a four in his unbeaten innings of 23 balls.

See also, IPL: No Mobile, No Photo, But Self-Celebration of Ryan Parag

The first blow to Rajasthan was in the form of Jos Buttler (5) on the second ball of the fourth over of the innings. He was lbw out by Varun Chakraborty. Playing his first match of the season, young opener Yashasvi Jaiswal became the victim of Pacer Shivam Mavi by scoring 22 runs. Jaiswal hit 5 fours off 17 balls. Then Shivam Dubey and captain Sanju Samson added 45 runs for the third wicket. Shivam (22) was caught by Varuna at the hands of the famous Krishna. He hit 2 fours and a six off 18 balls. Rahul Tewatia (5) returned to the pavilion as the team’s score of 100 as the fourth wicket. Varun Chakraborty took 2 wickets for KKR while Shivam Mavi and the famous Krishna got 1–1 wickets. Earlier, with Chris Morris leading the bowlers, Rajasthan Royals put Kolkata Knight Riders to 133 for nine. Morris bowled brilliantly and took four wickets for 23 runs in four overs. Pacer Jaydev Unadkat, Chetan Sakaria and Mustafizur Rahman got one wicket each. For KKR, Rahul Tripathi scored the highest 36 runs, who hit two sixes and a four in a 26-ball innings.

Apart from Tripathi, none of the KKR batsmen could play comfortably after getting an invitation to bat. After being economical for the first two overs, Nitish Rana hit the first four of the innings off Jaydev Unadkat in the third over, while in the next over, Shubhaman Gill drove Mustafizur across the boundary, after two balls Yashasvi Jaiswal gave Gill Catches of leakage. Gill, however, failed to take advantage of this and was run out in an attempt to steal a run in the sixth over. Butler’s direct throw ended his 19-ball 11-run innings. In the power play, KKR could only score 25 runs on one wicket.

Batting at number three, Rahul Tripathi stepped to the crease and hit a four off his first ball against Unadkat, while on the last ball of this over, Rana hit the first six of the innings. Sakaria, who came for bowling in the ninth over, caught Rana in the hands of wicketkeeper Samson, and made 22 runs off 25 balls. After this, Sunil Narine hit a four on his first ball.

Unadkat, however, showed the path to the pavilion before Naren became dangerous. Sunil Naren failed to read his slow ball and Jaiswal took a brilliant catch, finishing his innings of six runs in seven balls. KKR scored 53 runs in 10 overs with three wickets. Tripathi welcomed Morris’ second spell in the 11th over with a six over the fine leg. On the very next ball, Captain Oyen Morgan was run out unfortunate without coming on strike.

Read this too In the matter of skill, this Indian bowler is better than Bumrah, Nehra has spoken in praise

Tripathi hit a fine straight drive but the ball hit Morgan’s bat and went to Morris and he did not delay to scatter the gills. Tripathi then welcomed Tewatia in the 12th over with a six, while Dinesh Karthik hit his first four in his next over. Mustafizur then trapped Tripathi in the 16th over with a slow ball. He was caught catching Ryan Pollen in the circle of making a big shot.

Thunderous Andre Russell (nine runs off seven balls) opened his hand against Morris for a six in the 17th over, but two balls later he was caught by David Miller at long on boundary. In the same over, Sakariya took a brilliant catch of Karthik and finished his 25-run innings in 24 balls. Pat Cummins (10) hit a six against Maurice on the first ball of the 20th over but was caught by Parag on the next ball. Morris scored the fourth success by bowling Shivam Mavi (5) on the last ball of the innings.