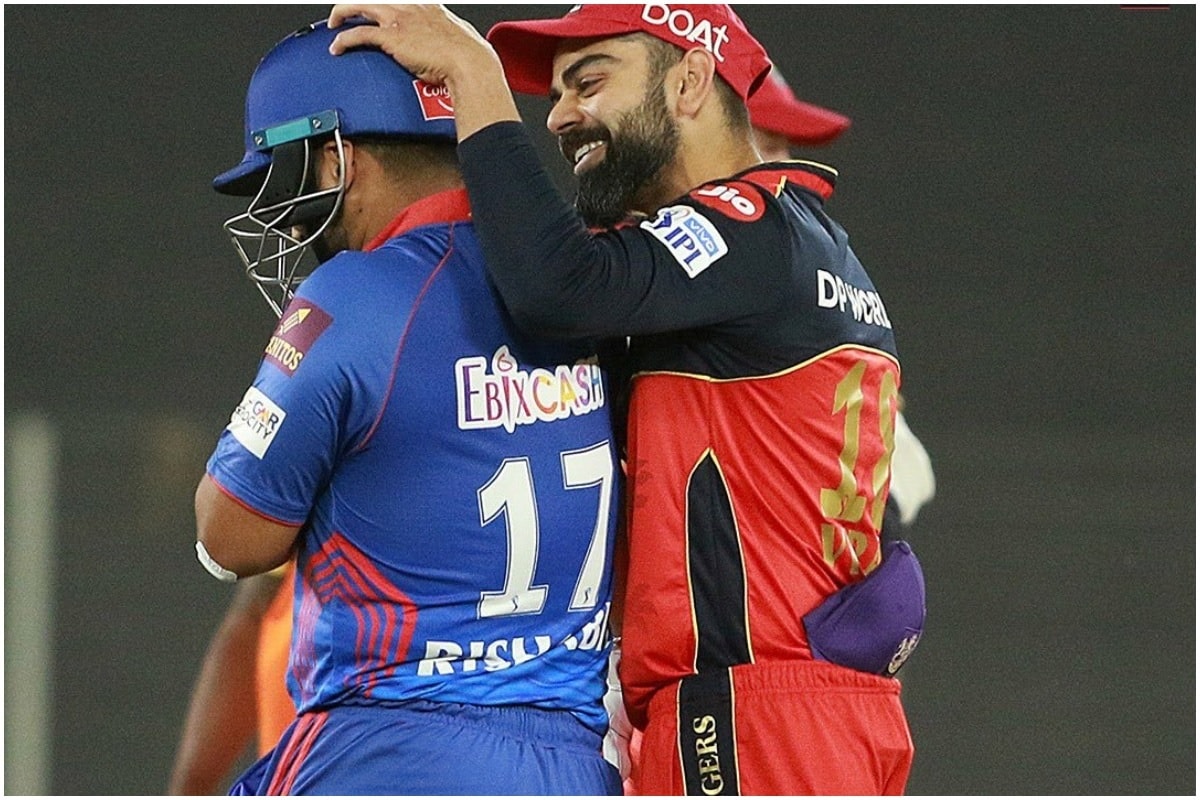 IPL 2021: At the end of the match, Royal Challengers Bangalore captain Virat Kohli showed solace by losing the head of Rishabh Pant, showing the human side. In IPL 2021, there are close competition with fierce rivalry.

New Delhi. In the 14th season (IPL 2021) of the Indian Premier League, there was a match between Royal Challengers Bangalore and Delhi Capitals on Tuesday. The match was played at the Narendra Modi Stadium in Ahmedabad, in which RCB defeated Delhi by 1 run. Despite the half-centuries of captain Rishabh Pant and Shimron Hetmyer, they missed by just one run from chasing the target. At the end of the match, Royal Challengers Bangalore captain Virat Kohli showed solace by defeating Rishabh Pant’s head while showing a human side. In IPL 2021, there are close competition with fierce rivalry. AB de Villiers played a brilliant innings of 75 runs in 42 balls against Delhi Capitals, which helped Royal Challengers Bangalore to score 171 runs on the scoreboard. Chasing a target of 172 runs, Delhi Capitals have had a poor start. The wickets of Shikhar Dhawan and Steve Smith fell in the first four overs. Prithvi Shaw (21) and Marcus Stoinis (22) made small contributions, with Shimron Hetmyer not only supporting captain Rishabh Pant at one end but also taking the front against RCB bowlers. IPL 2021: Virat Kohli says thanks to Storm after winning by one run, know the reason IPL 2021: Amit Mishra breaks ICC rules against RCB, umpire reprimandedShimron Hetmyer scored 52 runs in 25 balls while Rishabh Pant scored 58 runs in 48 balls to bring the Delhi Capitals score of 170 runs. Rishabh Pant was facing Mohammed Siraj in the final over of the match. Delhi needed 10 runs from the last two balls. This young wicket-keeper-batsman hit two fours and scored eight runs, but he failed to score a single to take Delhi to the super over. Both Pant and Hetmyer looked severely broken with this result. In such a situation, skipping the rivalry, captain Virat Kohli consoled and hugged these two Delhi players. Along with this, Virat also praised this pair’s great game. This video of Virat Kohli is becoming viral on social media and fans are also praising it fiercely.

What. A. Match!@RCBTweets prevail by 1 run. With 6 needed off the final ball, pant hits a boundary but @DelhiCapitals fall short by a whisker. Siraj does well under pressure.

Chin up, Rishabh Pant. Who better than Captain Kohli to tell you, it’s all a part of the learning. 4#PlayBold #WeAreChallengers #DCvRCB # IPL2021 pic.twitter.com/j10Iz3vBPk

After turning his hand on Rishabh Pant’s head and hugging him, Virat Kohli also went to Shimron Hetmyer. Virat also gave his support to Hetmyer. Knowing that the West Indies player could win this match on his own, but Virat consoled him, not caring about it. In the post presentation ceremony after the match, Kohli talked about RCB’s fielding flaws, due to which the game came so close. Virat Kohli said, “At one stage I felt that this match was going out of our hands, but Siraj’s last over gave us confidence. We thought that he would manage with a professional and good bowling. Kohli said that this match was not going to progress in this way if RCB’s team does not decrease in fielding. In fact, in the match RCB had left some catches and some chances of run out, due to which the match went till the end. ”