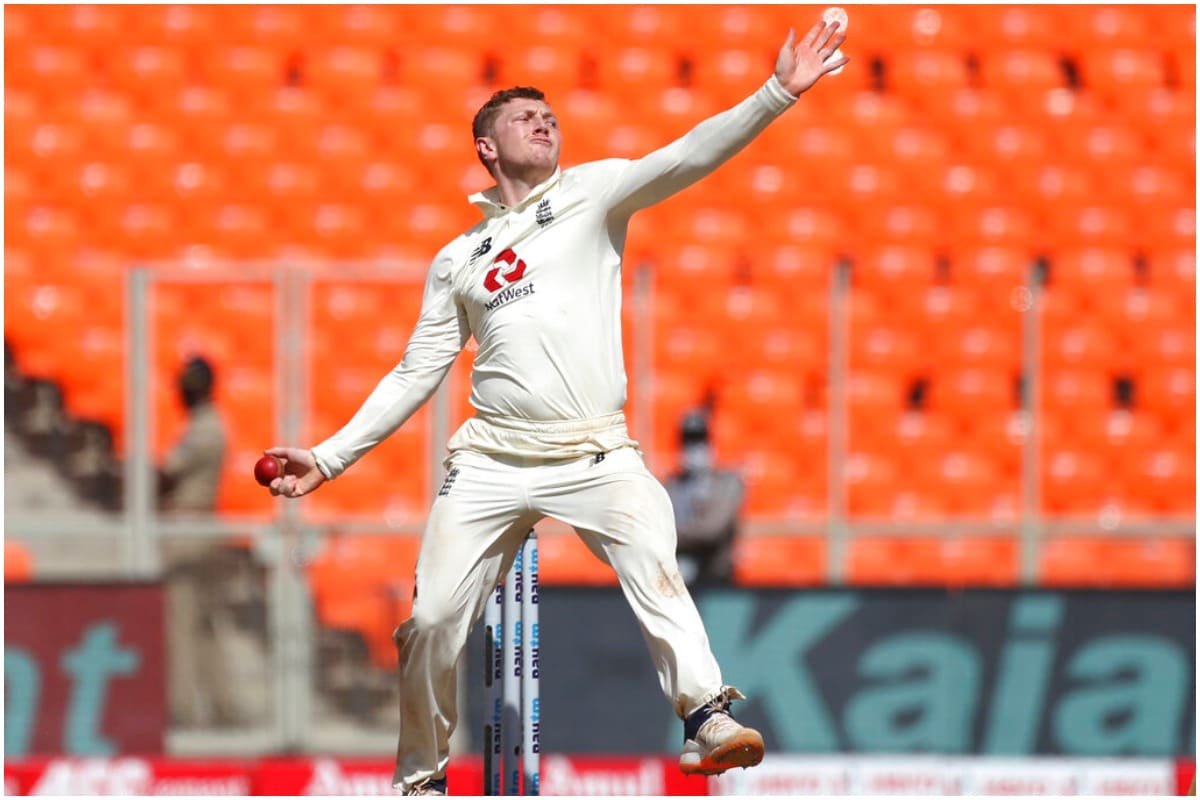 Dom base was able to take only 5 wickets in two Tests. (AP)

England’s off-spinner Dom Bess could not perform well during the Test series (India vs England). Team India won the series 3–1 and made it to the finals of the World Test Championship.

New Delhi. England’s off-spinner Dom Bess has made a big disclosure about India vs England. He told that he had started hating cricket after being in the bio bubble for a long time during India’s Test tour this year. Base played in two matches of the four-Test series and got just five wickets. India won the series 3–1. After helping England to victory in the first Test in Chennai, Bess was dropped from the playing XI. He returned to the team for the final Test in Ahmedabad, but did not get any wickets during the innings defeat.

After being in the bio bubble for almost 7 weeks in India, the 23-year-old Bess is now taking part in the county session and is trying to return to form by playing for Yorkshire. “I took a good break after the India tour, because I started hating cricket,” Cricinfo quoted Bess as saying. He said, “I was under a lot of pressure.” Certainly there was a lot of pressure during the biologically safe environment in India and it was very important for me to come back and get away from it.

Had a break of three weeks

After returning from India, Bess took a break of two to three weeks and during this time spent time with his girlfriend and pet dog in his new home in Leeds. Bess said, ‘It was nice to see him and stay away from it (cricket), because cricket was everything in a biologically safe environment in India. When you perform well, it is fine, but when things are not right then it becomes very difficult.Also read: IPL 2021: Punjab Kings eye third win, KKR would like to regain momentum after 4 consecutive defeats

He said, ‘But I see what happened in India as a positive side. It was a difficult time, but important for me to learn. Even from the perspective of where I see my game, I know what I have to do. After limited success in the first two rounds of the county championships, Bess took his best performance for his new club, taking five wickets for the first time on the third day against Sussex in Hove. Dom Bess said that he learned some tough lessons in India and believes that this should help improve his chances of achieving success with the England team in the long run.

Share
Facebook
Twitter
Pinterest
WhatsApp
Previous articleInstructions to remove all charges from ships bringing oxygen, related equipment to major ports
Next articleTo wait in the car with the whole family will have to wait, because Hyundai postponed the launch of this SUV