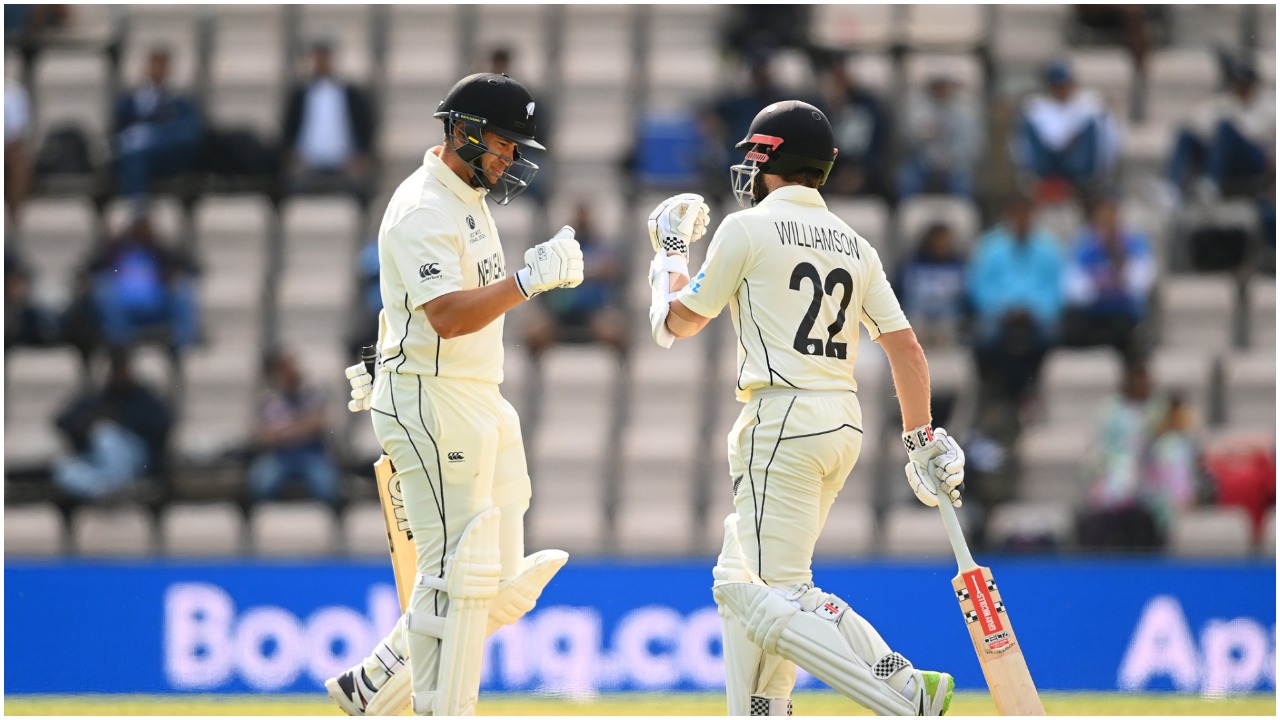 The first ICC World Test Championship has got the winner. New Zealand has become the first winner of the WTC. Team India again failed. New Zealand defeated India by eight wickets on the last and sixth day of the match.

ICC WTC Final 2021 IND vs NZ: The first ICC World Test Championship has got the winner. New Zealand has become the first winner of the WTC. Team India again failed. New Zealand defeated India by eight wickets on the last and sixth day of the match. Team India had set a target of 139 runs for the victory in front of New Zealand. Which New Zealand achieved at the loss of two wickets. Two full days of the match were washed out due to rain, so the match went to the sixth reserve day. Meanwhile, there was a possibility that the match would be drawn, but New Zealand performed a great game on the last day of the match and won. When the match ended, New Zealand’s captain Kane Williamson remained unbeaten on 52 and Ross Taylor on 47 runs.

No New Zealand wicket had fallen till the tea break. After this, captain Virat Kohli handed the ball to Ashwin and Ashwin did not disappoint the captain. As soon as Ravichandran Ashwin came, he took two wickets one by one. First he dismissed Tom Latham and after that Dave Conway was also sent to the pavilion. In such a situation, there was hope that Team India could make a comeback, but it did not happen. Captain Kane Williamson and Ross Taylor showed their brilliant game and led their team to victory.

Read also: WTC Final 2021: New Zealand scored 19 runs in the second innings till the teabreak, so much more is needed

Earlier, New Zealand had scored 19 runs without losing a wicket till the tea break and needed 120 runs to win. India’s second innings was bowled out for 170 runs and they set a target of 139 runs for the Kiwis to take a lead of 138 runs. The Indian batting order proved unsuccessful in the second innings as well and none of its batsmen could play a big innings. No batsman of Team India could even score 50 runs. This was the first time since the Lord’s Test against England in 2018, that no Indian batsman could score a half-century.

Read also: WTC Final: Team India all out in the second innings, know how much is the lead

Two days of play was completely washed away due to rain, due to which today the reserve day was kept. India today extended their innings by 64 runs for two wickets as Cheteshwar Pujara 12 and captain Virat Kohli started playing ahead by eight runs. However, Kohli could not stay at the crease for long and returned to the pavilion after scoring 13 runs off 29 balls off Kyle Jamieson. After Kohli’s departure, Pujara also became a victim of Jamieson. Pujara scored 15 runs in 80 balls with the help of two fours. Vice-captain Ajinkya Rahane again formed a partnership with Rishabh Pant, but before this partnership took some big form, Trent Boult gave India the fifth blow by dismissing Rahane. Rahane scored 15 runs in 40 balls with the help of a four. Ravindra Jadeja lost his wicket after the lunch break. He scored 16 runs in 49 balls with the help of two fours. While India’s wickets were falling from one end, Pant kept on handling the innings from the other end. However, he could not struggle for long and was out on the ball of Bolt. Pant scored 41 runs off 88 balls with the help of four fours.

A ball later, Ravichandran Ashwin was dismissed as the eighth batsman after scoring seven runs in 19 balls. Shami put some effort in the end but he was dismissed by Tim Southee. Shami scored 13 runs in 10 balls with the help of three fours. Then Saudi dismissed India’s innings by dismissing Jasprit Bumrah without opening the account. Ishant Sharma remained unbeaten on one run off six balls. For New Zealand, Saudi took four wickets, Boult took three wickets, Jamieson took two wickets and Neil Wegner took one wicket.