Hisar: stabbed with knives in front of elder brother, youth broke on the spot 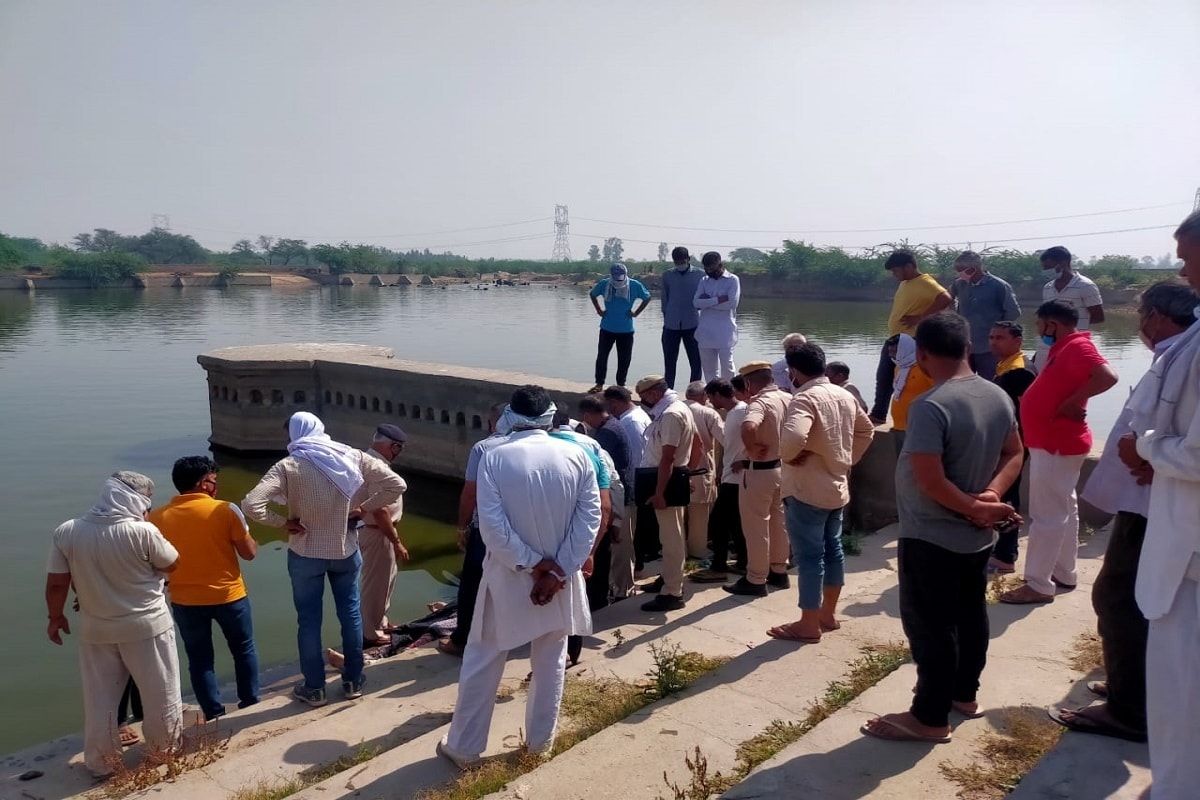 Murder in Hisar: Due to family rivalry in Hisar, a young man was killed with a knife in front of his elder brother.

Hisar. A heart-wrenching incident came to light in Dhana Kalan village of Hansi on Monday morning. A young man, 26-year-old Deepak, who had gone out of the house to walk in the morning, was mercilessly murdered by a young man with a knife on the village floor. The police reached the spot as soon as the incident was reported and in a short time the accused youth was also arrested (Arrest). The murder accused Anup, a young man from the village. According to the information received, Dhanak Kalan resident Deepak used to work in a mobile company in Hansi. He left the house to hang out with his younger brother Naveen at around 9 am. In a statement given to the police, Naveen told that his brother sat on the shore and he was roaming on the other side. During this time, the sound of Deepak’s shouting was heard. He came running and saw that Anup, a village youth, was attacking his brother with a knife. He was accompanied by 2-3 other youths. He ran away on seeing him. Due to the knife attack, blood was coming out of Deepak’s body. After this, he informed the family and his uncle’s boy came on the spot, but by the time Deepak died on the spot. As soon as the information was received, Sadar police station in-charge Inspector Sukhdev arrived on the spot along with the police force and the body was brought to the civil hospital for post-mortem. The police immediately took action and arrested the accused young man Anoop within a few hours. Was a childhood friend, now became an enemyThe villagers told that Anoop and Deepak used to study in class together as a child. But for the last few years, there was a tussle between the two for family reasons. After all, Anoop killed his own childhood friend Deepak. Villagers have been centuries since the incident. Been chasing for many days The deceased’s brother Naveen said that his brother had a dispute with Anoop’s family about something 3-4 years ago. From then on, he used to hold a grudge. Deepak had told a few days ago that Anoop followed him and was asking him to meet in private. After all, Anoop killed Deepak on Monday.
Arrested the accused The SHO of Sukhdev of Sadar police station said that the police had registered a murder case against Anoop, a village man, on the complaint of the deceased’s brother. The police have arrested the accused young man while taking action. Initial investigation has revealed an old rivalry between the two. Right now the police is making inquiries.

10 accused of black marketing of corona between the coroners, the police nabbed

Story of love, sex and deception … first love on Facebook and then 3 divorces on WhatsApp