Government to get all youths over 18 years of age vaccinated: Gehlot 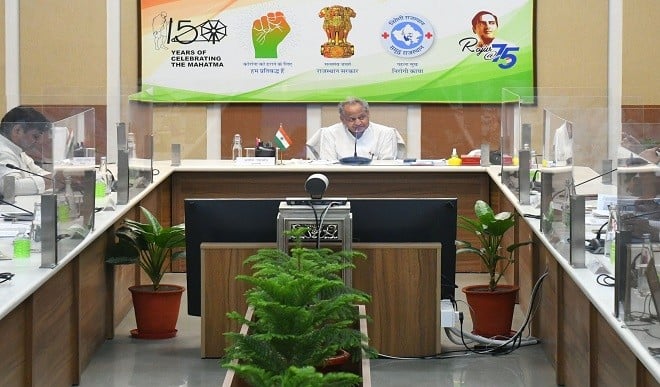 Gehlot said that there are about 30 million 75 lakh persons in the age group of 18 to 45 years in the state. The state government will spend around Rs.3,000 crore to apply two doses of the vaccine to all these individuals.

The Rajasthan government has decided to impose free Kovid vaccine to all the people above 18 years of age in the state by spending an amount of about 3000 crore rupees.

The state government is developing the state as a ‘Zero Cost Health System’ with the resolution of ‘Nirogi Rajasthan’. It is worth mentioning that Gehlot has been demanding from the Central Government for several days that he should also bear the cost of vaccination of youth above 18 years of age. Gehlot said that on 22 April, he also wrote a letter to the Prime Minister, urging that, like the age group of 60 years and 45 years, youths above 18 years of age should also be given free vaccines. For this, the central government should purchase vaccines from the pharmaceutical companies and distribute them to the states, so that no additional financial burden is imposed on the states, but the central government has not yet approved this demand. Gehlot said that the central government had made a provision of 35 thousand crore rupees for vaccination in its budget. This led to a clear message in the states that the entire cost of vaccination would be borne by the Central Government.

Also read: People are interested in Kovid’s talk and not in Mann Ki Baat: Mamta Banerjee

Due to this, the states did not make additional provision for vaccination in their budget, but now the central government has left the responsibility of vaccination over the states. With this, states will have to allocate funds for vaccination by cutting their development works and social security schemes. The Chief Minister, through his letter, demanded that the vaccine be provided by the vaccine companies to the state and central government at the same rate of Rs 150 per dose. Gehlot said that according to media reports that vaccine is being made available by vaccine manufacturers to European Union countries as well as UK, Brazil, Bangladesh, USA, Southern Africa and Saudi Arabia etc. at a lower cost from India. He said that it does not seem logical for companies to charge more for the vaccine in the country, so the central government should direct vaccine companies to reduce the price of the vaccine.

The third wave of Corona will also come in India, warning to the Principal Scientific Advisor of the Government, Vijay Raghavan