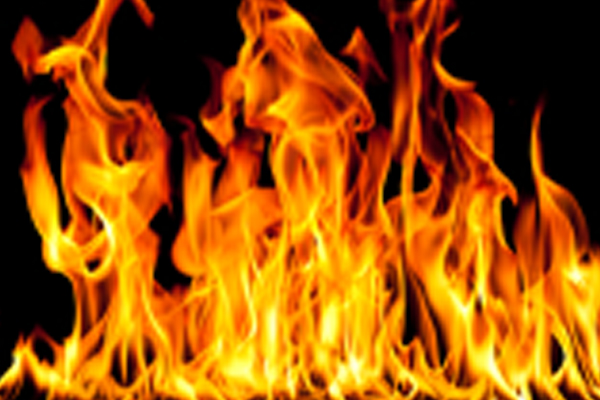 
Mangaluru (Karnataka). An angry 52-year-old man set his 25-year-old son on fire after a prolonged brawl and scuffle between a father and his son. Mangaluru Police gave this information on Tuesday. The accused person has been identified as Vishwanath Shetty alias Thippy, while the victim has been identified as Shramit Shetty, both residents of Kankanadi Town in Mangaluru.

Police said Shramit is undergoing treatment at a private hospital and is still not out of danger.

Police said that both were engaged in dairy farming. A fight broke out between them on Monday evening over where they would tie their cows.

According to the complaint lodged by the police, during the prolonged chatter, Shramit pushed his father, which angered Vishwanath. He went out and came back with a can of petrol. By then the son had gone to sleep in his room. After that the father poured petrol on the sleeping son and set it on fire with a match.

The neighbors were also fed up with the two’s regular fights over minor issues, police said. However, the situation turned uncontrollable on Monday night, leading to the tragic accident.

Police have registered a case and further investigation is on. (IANS)