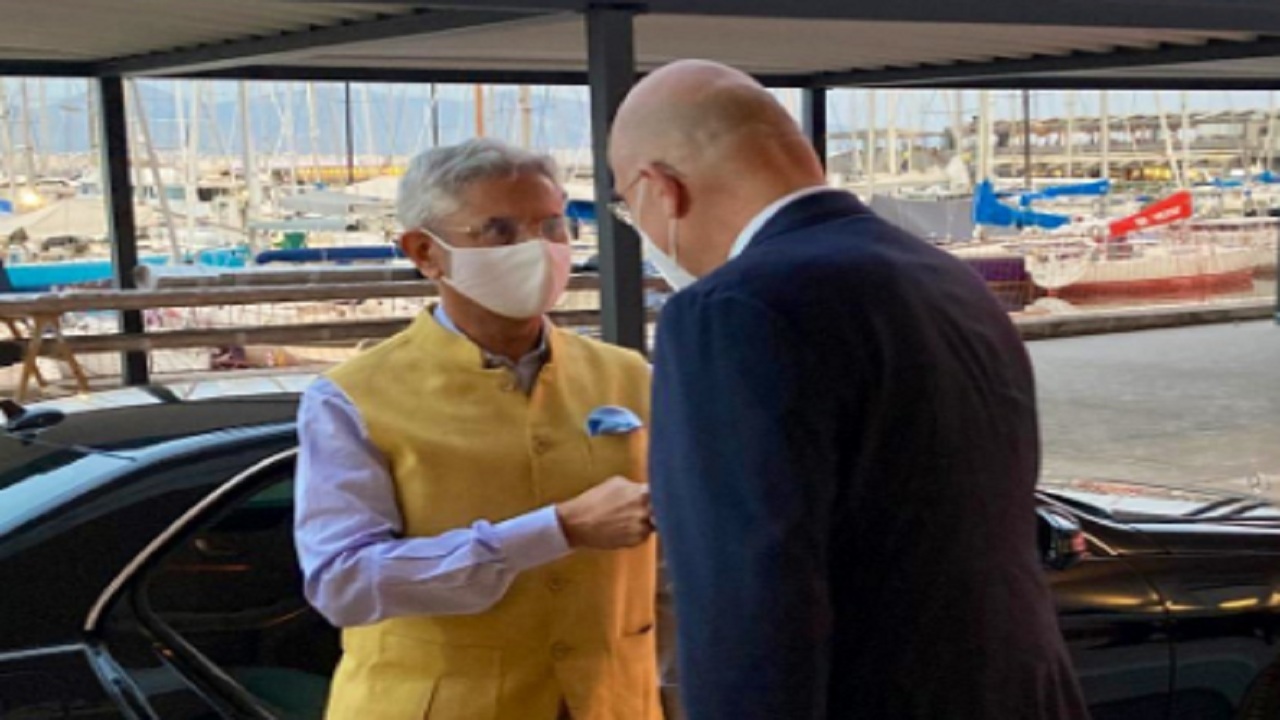 External Affairs Minister S Jaishankar arrived in Greece on Saturday, where he was received by his counterpart Nikos Dandias.

External Affairs Minister S Jaishankar arrived in Greece on Saturday. He was welcomed here by his counterpart Nikos Dandias. Jaishankar tweeted that Greece is an important partner in our comprehensive EU engagement. Along with this, the External Affairs Minister also informed about the formal talks to be held tomorrow i.e. on Sunday. At the same time, Greece’s Prime Minister Kyriakos Mitsotakis described the meeting of the foreign ministers of the two countries as important in taking the relations between Greece and India forward.

Greece PM Kyriakos Mitsotakis expressed special importance that Greece attaches to its relations with India during his meeting with EAM Dr S Jaishankar. Mitsotakis said that I think this is an opportunity to move our bilateral relations forward, reports local media

The Prime Minister of Greece said that I believe that this is an important opportunity to take forward our bilateral relations. It is worth noting that this visit of External Affairs Minister S Jaishankar is considered very important for India. A foreign minister from India has reached Greece after 18 years. During his visit to Greece, Jaishankar will emphasize on strengthening ties between the two countries. According to the Indian Foreign Ministry, Jaishankar will leave for Italy here. In Italy, the Foreign Minister will attend the G-20 ministerial meeting. Significantly, there is a trade of 530 million dollars between India and Greece. Many Indian companies do business in Greece.

Both sides agreed that this will assist the two countries in the realization of the energy goals set by the respective governments to make renewable energy a significant part of the energy supply: MEA

At the same time, earlier India’s External Affairs Minister S. Jaishankar had said that the US is preparing for the withdrawal of its troops in Afghanistan. There is no need to tolerate terrorism at all for peace there and those who support terrorists should be held accountable. “A lasting peace in Afghanistan requires a real ‘dual peace’ – that is, peace within Afghanistan and peace around Afghanistan. This requires the interests of all within and around that country,” he said during a Security Council meeting on Tuesday. There needs to be reconciliation.” “While ensuring that Afghanistan is not used by terrorists to threaten or attack other countries, those providing material and financial assistance to terrorist entities must be held accountable,” he said.