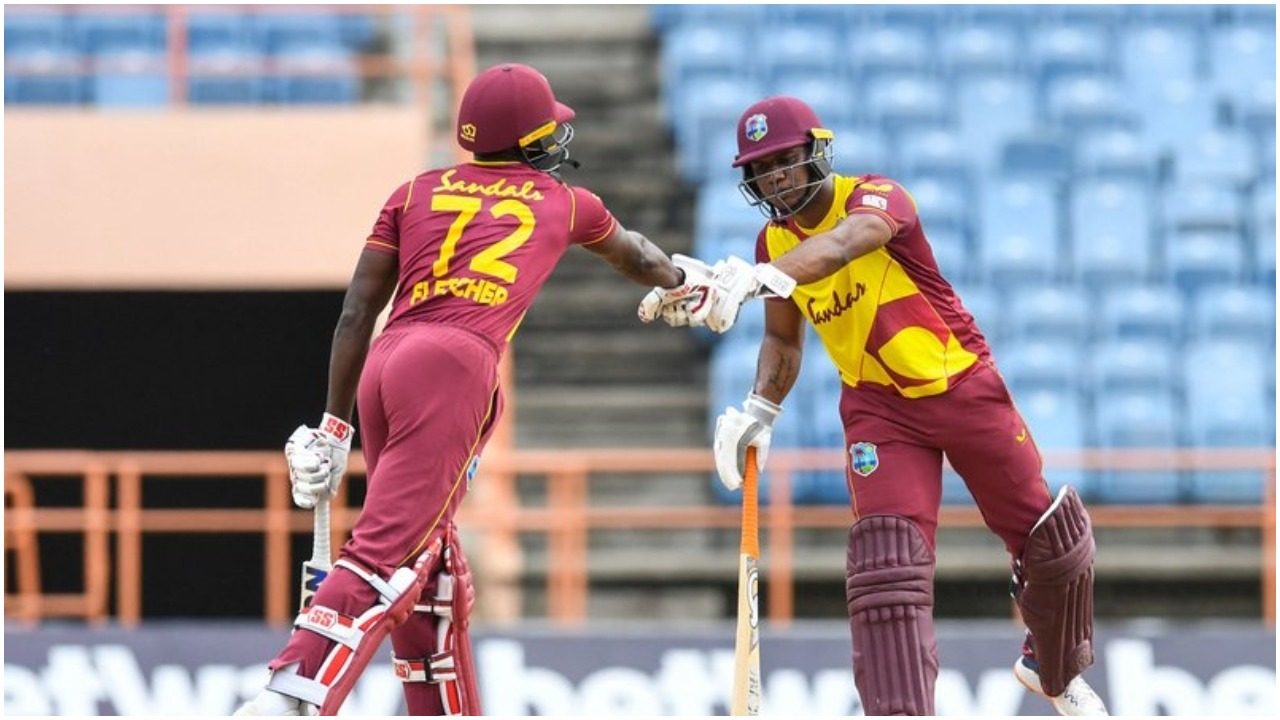 WI vs SA T20 Series : West Indies gave a crushing defeat to South Africa due to the brilliant batting of West Indies batsmen Andre Russell, Chris Gayle and Evin Lewis. Andre Russell scored 23 runs off 12 balls, while Chris Gayle also scored 32 runs off 24 balls. Both these players will play in IPL 2021 shortly after. Seeing his performance, his team Kolkata Knight Riders and Punjab Kings must have breathed a sigh of relief, as the remaining matches of IPL 14 are not far away. The remaining matches of the IPL will be played in the IPL in September-October. However, the innings that Chris Gayle and Andre Russell played, Evin Lewis prepared the foundation and after that both of them together took the team to the threshold of victory.

Evin Lewis smashed a six to give West Indies a morale-boosting eight-wicket victory in the first T20 International against South Africa. After the disappointment of losing both Test matches to the Proteas by a wide margin in St Lucia, the home team camp’s disappointment was partly allayed when Evin Lewis smashed seven sixes and four fours in his 71-run knock to help South Africa’s total. Help your team to exceed the score.

Evin Lewis did a great job facing just 35 balls to reach 71. His opening partnership of 85 with Andre Fletcher (30) laid the foundation for a big win for the two-time T20 world champions on Saturday. After the fall of the openers, Andre Russell and Chris Gayle took the home team to victory with an unbroken partnership of 37 runs in three overs. Playing his 50th T20I for West Indies, Andre Russell hit a six off his first ball and ended the match with another maximum as West Indies posted 161/2 in 15 overs. He scored 23 not out, while Gayle scored 32 not out. Earlier, sent to bat, the Proteas made a fine start with Rassie van der Dussen scoring an unbeaten 56 off 38 balls, but then finished 160/6 in their 20 overs. Opener Quinton de Kock scored 37 runs in 24 balls, while captain Temba Bavuma scored 22 runs in 20 balls, but no other batsman could score 20 runs. Lewis was adjudged player of the match.

Mathura’s Dwarkadhish temple ready for the month of Shravan, ban on devotees without masks