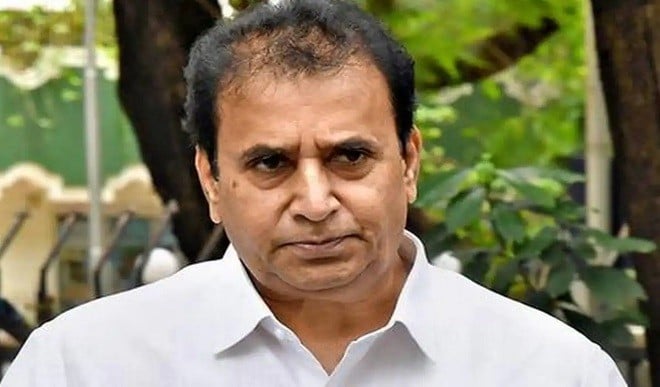 The ED made this claim during the hearings being conducted to remand Deshmukh’s personal secretary Sanjeev Palande and personal assistant Kundan Shinde. Palande and Shinde were arrested in connection with alleged money laundering in the multi-crore bribe-cum-extortion gang case, officials said.

Mumbai. The Enforcement Directorate (ED) told a court here on Saturday that former Maharashtra Home Minister Anil Deshmukh had received Rs 4 crore from bar owners in Mumbai and deposited the amount in his trust by showing donations received through various pseudo companies. gave. The ED made this claim during the hearings being conducted to remand Deshmukh’s personal secretary Sanjeev Palande and personal assistant Kundan Shinde. Palande and Shinde were arrested in connection with alleged money laundering in the multi-crore bribe-cum-extortion gang case, officials said. In this case, Deshmukh had to resign in April. He said that a case has been registered against both of them under the provisions of the Prevention of Money Laundering Act (PMLA). Both have been sent to ED custody till July 1. Earlier in the day, the probe agency had summoned Deshmukh to the ED office at Ballard Estate at 11 am to record his statement before the investigating officer in the money laundering case, but the former minister requested the agency to give a new date for his appearance. . Deshmukh’s team of lawyers reached the ED office and requested for some other date for his appearance. He also handed over a letter written by Deshmukh to the investigators. The ED told the court that Palande and Shinde were instrumental in helping Deshmukh in money laundering.

On the orders of the Bombay High Court, the CBI had first conducted a Preliminary Inquiry (PE) and thereafter registered a regular case. After the CBI case, the ED had started investigation against Deshmukh and others in this regard. Seeking their custody, the ED told the court that some bar owners-managers have said in their statements that Sachin Waje, then head of the Crime Intelligence Unit (CTU), had a meeting with the bar owners in his office. The meeting was regarding the continuation of their orchestra bar beyond the stipulated period without any interruption and not imposing any restrictions on the performing artists. The ED said it can be inferred from these statements that Waje had taken Rs 4.70 crore from various orchestra bar owners in Mumbai. The ED told the court that Waje later said in a statement that he used to get direct instructions from the then Home Minister in several matters related to police investigation. The ED said that according to Waje, it was given a list of bar and restaurant owners in a meeting held at the residence of the Maharashtra Home Minister. Referring to the statement of the sacked police officer, the ED said that Waje said he was asked to collect Rs 3 lakh per month from each bar and restaurant and for this a meeting was held with various bar owners. The ED said that Waje had also said that he had collected around Rs 4.70 crore from various bar owners between December 2020 and February 2021, which he handed over to Kundan Shinde in two instalments. Waje is currently in judicial custody in connection with the ongoing NIA probe into the murder of Thane-based businessman Mansukh Hiran after explosive material was found from an SUV outside the Mumbai residence of industrialist Mukesh Ambani. The ED said that during its probe, it came to know about a charitable trust named Sri Sai Shikshan Sanstha based in Nagpur which is run by the Deshmukh family.

Anil Deshmukh is the chairman of the trust and his family members are trustees and members. The ED said that engineering, MBA and polytechnic colleges are being run by the trust in Nagpur. However, on seeing the details of the accounts of the trust, it is revealed that recently an amount of about Rs 4.18 crore was transferred through three cheques. The court was told that the amount was received by the trust from various companies based in Delhi. The ED investigation has so far revealed that these companies are operating only on paper and they were used only for transfer of funds.

Share
Facebook
Twitter
Pinterest
WhatsApp
Previous articleTotal vaccination figure in the country has crossed 32 crores: Ministry of Health
Next articleNew guidelines issued regarding Unlock-4 in Delhi, gyms and yoga institutes will open, 50 people will be able to attend weddings