Delimitation process to be completed soon in Jammu and Kashmir, assembly elections will be held after this: PM Modi 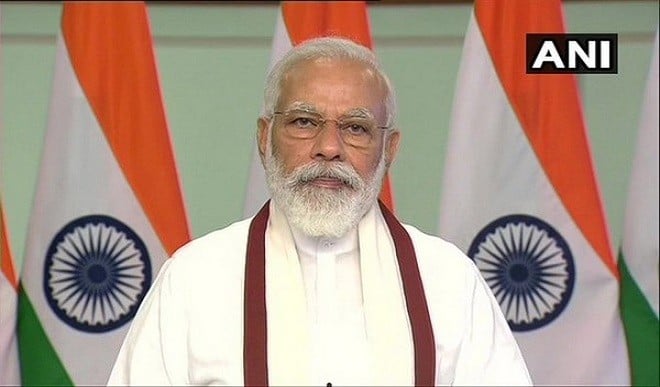 In a series of tweets after the meeting, Modi said the deliberations were an important step in the ongoing efforts towards a developed and progressive Jammu and Kashmir, where all-round development has been taken forward.

New Delhi. Prime Minister Narendra Modi said on Thursday that Jammu and Kashmir The ongoing delimitation process is to be completed at a fast pace so that assembly elections can be held there and an elected government can be formed which will strengthen the development of the state. According to sources, during his three-and-a-half-hour meeting with leaders of 14 political parties of Jammu and Kashmir, the Prime Minister expressed his personal grief over every incident of death in Kashmir, be it that of an innocent civilian, a Kashmiri boy, to the leaders involved. of the person who had picked up the gun or of a member of the security forces.

The Prime Minister presided over the meeting at his official residence here. This was the first interaction between the central leadership and the mainstream parties of Jammu and Kashmir since August 5, 2019, when the Center abrogated the special status of Jammu and Kashmir by scrapping most of the provisions of Article 370 and revoking it into two union territories- It was divided into Jammu and Kashmir and Ladakh. Four former chief ministers of the then state who attended the meeting included National Conference’s Farooq Abdullah and his son Omar Abdullah, Congress’s Ghulam Nabi Azad and PDP chief Mehbooba Mufti. Four former deputy chief ministers were also present in the meeting – Congress’s Tara Chand, People’s Conference leader Muzaffar Hussain Baig and BJP’s Nirmal Singh and Kavinder Gupta. CPI(M) leader Mohammad Yusuf Tarigami, Jammu and Kashmir Apni Party (JKAP) chief Altaf Bukhari, People’s Conference’s Sajjad Lone, J&K Congress chief G A Mir, BJP’s Ravindra Raina and Panthers Party leader Bhim Singh also attended the meeting.

Also read: Jaganli elephant separated from the herd, created a ruckus in the village; 14 people crushed

Sources said the prime minister said the security forces themselves cannot change the situation and called upon all leaders to personally involve themselves to prevent loss of life and property. In the backdrop of establishment of three-tier Panchayati Raj system through elections and formation of Block and District Development Council, detailed discussions were held in this meeting on how to further promote the democratic process in Jammu and Kashmir. A source said, “The Prime Minister assured all the parties that they will be an integral part of the delimitation process and their views will be taken together. Accordingly, he urged them to participate in the process to complete it at the earliest.” The source also said, “The Prime Minister assured that the assembly elections will be held expeditiously after the completion of the delimitation process. He specifically said that there is no alternative to a government run by people’s representatives.” Several participants in the meeting raised the issue of restoration of statehood. “The Prime Minister and the Home Minister reiterated their earlier public commitments to grant statehood to Jammu and Kashmir.