CSK vs SRH: Moin Ali and Sandeep Sharma return to the team, know the playing of both teams 11 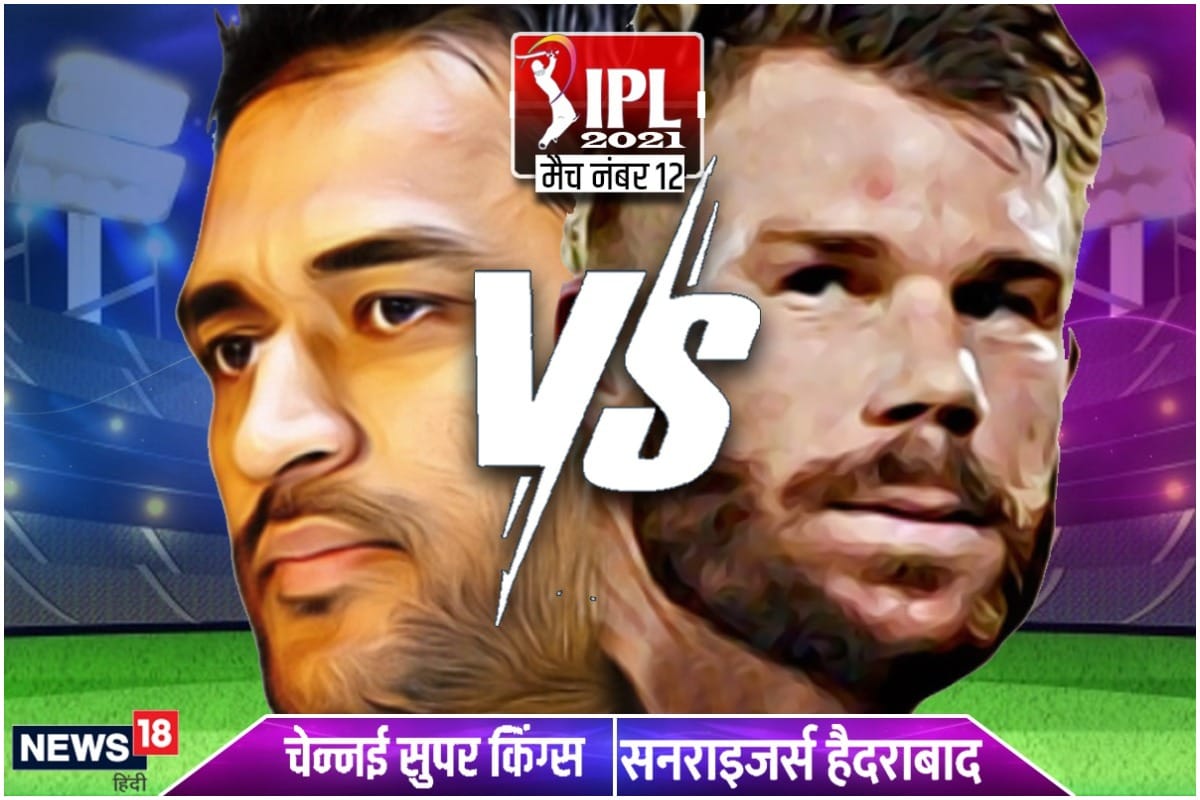 CSK vs SRH: Chennai is ahead in overall record of both teams.

IPL 2021, CSK vs SRH Playing 11: 14 matches have been played between Chennai Super Kings and Sunrisers Hyderabad, in which Chennai have a heavy weight. Chennai has won 10 matches while Hyderabad’s team has managed to win 4 matches.

New Delhi. The 23rd match of IPL 2021 (IPL 2021) is being played between Chennai Super Kings and SunRisers Hyderabad (CSK vs SRH). Sunrisers Hyderabad captain David Warner decided to bat after winning the toss. He said that he is very good on the pitch. In such a situation, we would like to make a big score here. Sandeep Sharma and Manish Pandey are back in the team. At the same time, CSK captain Mahendra Singh Dhoni said that we wanted to bowl first. It is dewy here. In this case, the decision was in our favor. Two changes have been made in the team. Moin Ali and Lungi Ngidi are back. Talking about the current season of IPL, CSK has started well. The team has won 4 out of 5 matches and lost only one match. The team is second in the points table with 8 points. On the other hand, Sunrisers Hyderabad’s performance has been very poor. The team has been able to win only one of the 5 matches. He has lost in 4. The team is on the lowest rung. In such a situation, he will have to win this match to keep the hope of playoffs. Talking about the head to head record of both the teams, Chennai has the upper hand. 14 matches have been played between the two. CSK has won 10 matches. Hyderabad’s team could win only 4 matches. Deepdas Gupta and Ajit Agarkar said about the Delhi pitch that it will be easy to bat here. A big score will be made. There is grass on the pitch. In such a situation, the fast bowlers will get help in the beginning. 170 to 180 runs can be scored. Chennai Super Kings – Ruturaj Gaikwad, Faf Duplesi, Suresh Raina, Moin Ali, Ambati Rayudu, Ravindra Jadeja, MS Dhoni (wicketkeeper / captain), Sam Karen, Lungi Ngidi, Shardul Thakur, Deepak Chahar.Sunrisers Hyderabad – David Warner (captain), Johnny Bairstow (wicketkeeper), Kane Williamson, Manish Pandey, Vijay Shankar, Kedar Jadhav, Rashid Khan, Sandeep Sharma, Jagdish Suchit, Khalil Ahmed, Siddharth Kaul.