Cheetah dodges death for the second time, despite being shot, the terrorists have been eliminated 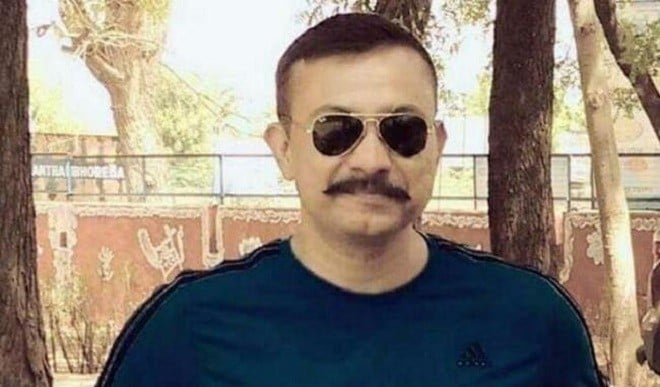 Chetan Cheetah was caught by corona virus infection. Due to which his condition was said to be very critical and he was kept on ventilator support.

Jammu and Kashmir The Central Reserve Police Force who dodged death even after consuming 9 bullets in BandiporaCRPF) officer Chetan Cheetah has won the battle once again. This time too he has dodged death. On the strength of skillful strategy and courage, he forced the terrorists to chew nako gram and this time he has returned home after fighting the corona virus infection.

Also read: Encounter in Jammu and Kashmir’s Hanjipora, 2-3 terrorists suspected to be hiding, one dead

to cheetah corona virus The infection had taken hold. Due to which his condition was said to be very critical and he was kept on ventilator support. Let us tell you that Chetan Cheetah was treated at AIIMS Hospital located in Jhajjar, Haryana. Where he fought against Corona for two months and now he has returned home after recovering.

About Chetan Cheetah, who was awarded the Kirti Chakra, a doctor informed that all the staff of the hospital have taken good care of him. He told that Chetan Cheetah has saved many lives as a CRPF officer and now it was his turn to make every effort to save them. According to the report of English news website ‘The Times of India’, Dr. Sushma Bhatnagar told that Chetan Cheetah’s condition was so bad that he had to be shifted to ventilator twice. He was put on ventilator for the first time on 30 May and for the second time on 10 June.

Oxygen support will be needed

He told that Chetan Cheetah should be kept minimum at home. oxygen Support will be required. His family has been advised to continue physiotherapy for speedy recovery.

Even after taking 9 pills, the spirit was not broken

On February 14, 2017, information about the hiding of terrorists was received in Bandipora, Jammu and Kashmir. After which the army, police and security personnel jointly conducted a joint operation. During this, the terrorists sitting in the ambush opened fire. In this encounter, Chetan Cheetah of CRPF got 9 bullets. One of the bullets had also hit his eye. Despite this, they killed 3 terrorists.

Chetan Cheetah, who took 9 bullets, remained in a coma for a month and then after recovering, had joined duty again. He was awarded the Kirti Chakra for his indomitable courage.