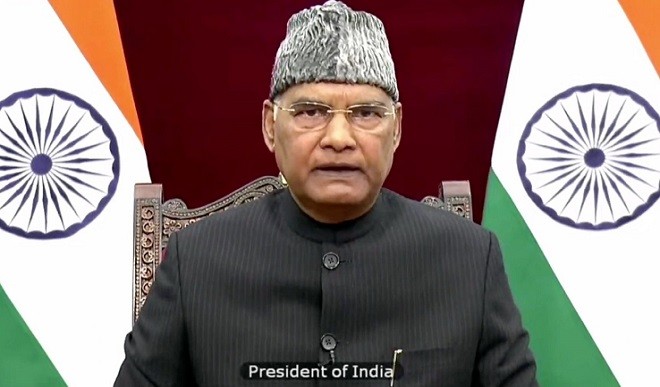 The girl, a resident of Mankhi area of ​​Unnao district, had accused Kuldeep Singh Sengar, BJP MLA from Unnao’s Bangarmau seat, of rape in the year 2017. A Delhi court had sentenced Sengar to life imprisonment in the case in December 2019.

Unnao (Uttar Pradesh). even though the former Kuldeep Singh Sengar He is in jail but once again he has come into the limelight. Actually, close to Kuldeep Singh Sengar Arun Singh To B J P Has given ticket for the post of Zilla Panchayat President. Since then, the District Panchayat member from Auras II by the BJP Arun Singh Mankhi rape victim protested against being declared her candidate Ramnath Kovind, Prime minister Narendra Modi and Chief Minister of Uttar Pradesh Yogi Adityanath Wrote a letter to Also, the victim has requested the BJP leadership to field someone else instead of Singh.

Also read: With the help of shooter grandmother, BJP is trying to pacify Jats, Noida shooting range will be named after Chandro Tomar

It is noteworthy that in the year 2017, a girl resident of Mankhi area of ​​Unnao district had accused BJP MLA Kuldeep Singh Sengar of rape from Unnao’s Bangarmau seat. A Delhi court had sentenced Sengar to life imprisonment in the case in December 2019. The victim, in a letter sent on Thursday to the President, Prime Minister and Chief Minister of Uttar Pradesh, described Arun Singh, the candidate announced by the BJP for the post of Unnao District Panchayat President, as a special of Kuldeep Singh Sengar, after the murder of her father and Rae Bareli with herself in July 2019. The accused in the road accident incident in The victim has requested the party leadership to field someone else instead of Arun. The victim said that the BJP and the Yogi Adityanath government of Uttar Pradesh talk about strict action against the accused, but in my case, the government named the accused named in my father’s murder and incident with me in Rae Bareli as its candidate for district panchayat president. has been declared.

Also read: I was with Yogi, am with him and will be with him: Deputy Chief Minister Keshav Maurya

The victim alleged, “BJP government is still supporting Kuldeep Singh Sengar.” declared his candidate. “If Arun Singh wins the election, the threat to his life will increase further,” the victim claimed. Its demand from the party and the government is to take back Arun Singh’s ticket and declare someone else as the candidate. The victim also said that her uncle is in police custody and is seeking parole, but due to Kuldeep Singh’s attitude, parole is not available and the sisters’ marriage is stalled due to absence of any male member in the house. .

Share
Facebook
Twitter
Pinterest
WhatsApp
Previous articleMore than two thousand people were given fake corona vaccine in Mumbai, Maharashtra government
Next articleThe issue of inaction of IT cell was raised in the BJP Working Committee meeting, the displeasure of the organization heads came to the fore