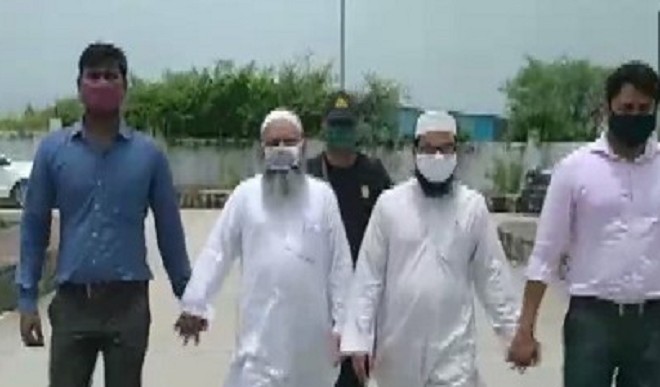 According to media reports, the ED has filed a case on the basis of the report of Uttar Pradesh ATS. In this case, the police have arrested Mohammad Umar Gautam and Qazi Jahangir Qasmi, living in Jamia Nagar, Delhi.

New Delhi. conversion The Uttar Pradesh Police had arrested two people from Delhi in the case. Against whom Chief Minister Yogi Adityanath has instructed to take strict action. Now in this case the Enforcement Directorate (ED) has registered a case under money laundering.

Also read: Din Mohammad wanted to forcibly convert after rape, action will be taken under Rasuka

Also read: Business of forced conversion is not acceptable, those who do so will have to face the consequences: Naqvi

He had told that various non-Muslims are doing mass conversion of deaf women, children and other weaker sections of people. Umar told during interrogation that till now 1000 non-Muslim people have been converted to Muslim religion and a large number of them have been married to Muslims.

Share
Facebook
Twitter
Pinterest
WhatsApp
Previous articleBig initiative of Nature Green Company, a check of Rs 11 lakh given for the purchase of the uniforms of the cleaning workers
Next article2 crore fine imposed on former Prime Minister Deve Gowda, this is the whole matter