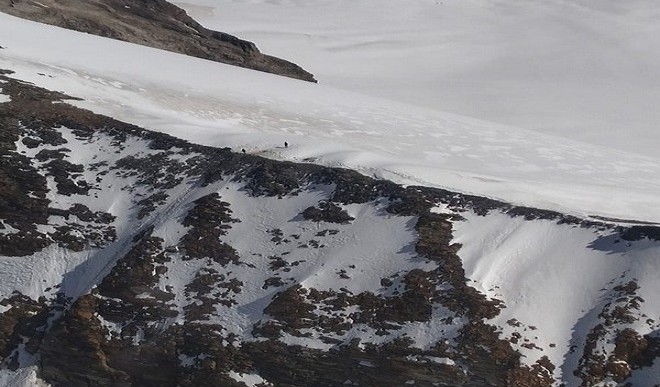 An avalanche occurred on Friday in the adjoining areas of the Niti Valley of Chamoli district in Uttarakhand. Officials of the Border Roads Organization have left for the spot after receiving an avalanche notice.

The official said that soon after receiving the information of the incident, a team of the organization from Joshimath has left for the spot. Meanwhile, Uttarakhand Chief Minister Tirath Singh Rawat tweeted that an alert has been issued regarding the avalanche incident. He said that he is in touch with officials of Border Roads Organization and District Administration. Water power minister Gajendra Singh Shekhawat said that he is keeping a close watch on the matter. Singh tweeted, I am keeping a close watch on the situation. Our officials are on alert and a team led by a secretary-level officer is monitoring the situation.

Himachal Pradesh received snowfall in many high altitude areas in the last 24 hours while other parts received rain. This information was given by the Meteorological Department on Friday. Meanwhile, an official said on Friday that 234 people stranded at Bara-Lacha Pass in Lahaul-Spiti district on the Manali-Leh road were rescued due to heavy snowfall. A five-storey building collapsed in Sanjauli area of ​​Shimla city due to heavy rains early Friday, a police official said. A police official said that no one lived in the building except the caretaker.

Also read: Campaigning for the seventh phase of West Bengal elections ends, voting to be held on April 26

The caretaker was safely evacuated a day earlier after bending a section of the building. Manmohan Singh, director of the Meteorological Center, Shimla, said that Kalpa in Kalna and Lahaul-Spiti in Kinnaur district received 38.4 cm and 20 cm of snow, respectively. Apart from this, snowfall was also witnessed in Jubbal, Kotkhai, Narkanda, Rohru, Khadrala and Manali. Keylong, the lowest temperature in the state, recorded a low of minus 1.4 degrees Celsius, while the maximum temperature was 25.2 degrees Celsius in Una.