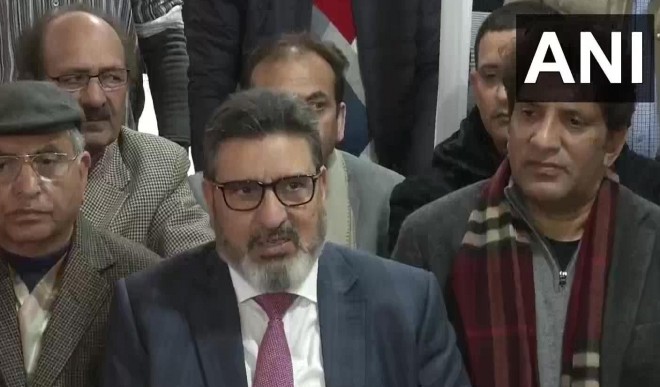 Bukhari, one of the 14 leaders of Jammu and Kashmir who attended the all-party meeting chaired by Prime Minister Narendra Modi, urged the Supreme Court to restore Article 370, full statehood and hold assembly elections at the earliest.

Also read: Jewar MLA reached Chandro Tomar’s house, said – there will be a ceremony in his honor in Noida soon

According to the statement issued by the party after the meeting, the former minister also demanded constitutional protection of land, jobs and natural resources for local residents, policy for youth, delimitation on the basis of specialty and better inter-regional connectivity. During the meeting, Bukhari expressed his gratitude to the Prime Minister and Union Home Minister Amit Shah for initiating the much needed political dialogue with all the political parties of Jammu and Kashmir. Bukhari said his party’s paramount demands included restoration of full statehood to Jammu and Kashmir, early assembly elections, feature-based delimitation and a constitutional system that would allow residents of Jammu and Kashmir their land, jobs and natural resources. Protect rights over resources. At the same time, the party has demanded that there should be an early hearing on Article 370 and Article 35-A.