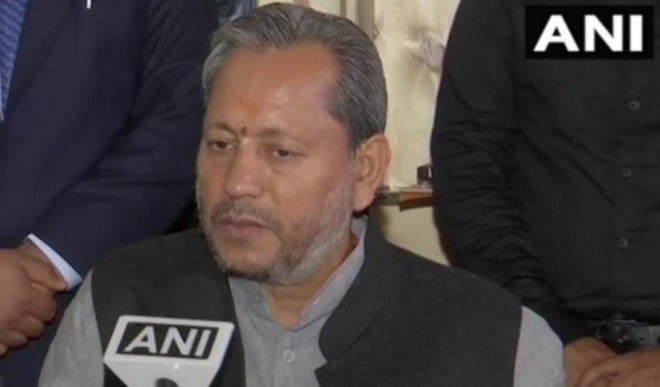 Dehradun. The official residence of the Chief Minister, which is almost a decade old and considered ‘wretched’, is now being converted into a Kovid Care Centre. This was announced by Chief Minister Tirath Singh Rawat himself during an interaction with reporters on Thursday and said that he is getting his official residence ready for the treatment of Kovid patients during the possible third wave. Rawat said, “There is no dearth of preparations for the third wave. Now there are more Kovid dedicated hospitals here.

In addition to the already available hospitals, 500-bedded hospitals have been set up at both Rishikesh and Haldwani with the help of DRDO. But it is considered wretched because none of the Chief Minister living in it could complete his term. From Vijay Bahuguna to Trivendra Singh Rawat, no Chief Minister could complete his term here and he had to leave the post prematurely. It is believed that former Chief Minister Harish Rawat also avoided going here for the same reason but still he lost in the elections and could not return to power. The Chief Minister said that the District Magistrates have been asked to keep one or two hotels in such a condition that they can be converted into COVID Care Centers if needed.

Rawat said, “We will do anything to effectively deal with the third wave of Kovid-19. I am also getting the CM residence ready to house the Kovid patients during the third wave.” He said that no one had imagined that the second wave of the epidemic would be so powerful. However, he said, “But we faced the challenge and increased the facilities across the state. I went to Kovid care centers and hospitals in all 13 districts wearing PPE kits and learned about the status of the facilities there and the problems faced by the patients. Was reprimanded. A division bench of High Court Chief Justice RS Chauhan and Justice Alok Kumar Verma had asked, “Will the state government wake up from its sleep only when our children start dying in the third wave.” When asked in this regard, State Congress Vice President Suryakant Dhasmana said that Chief Minister Rawat himself does not want to go to that residence and that is why he wants to keep Kovid patients there.