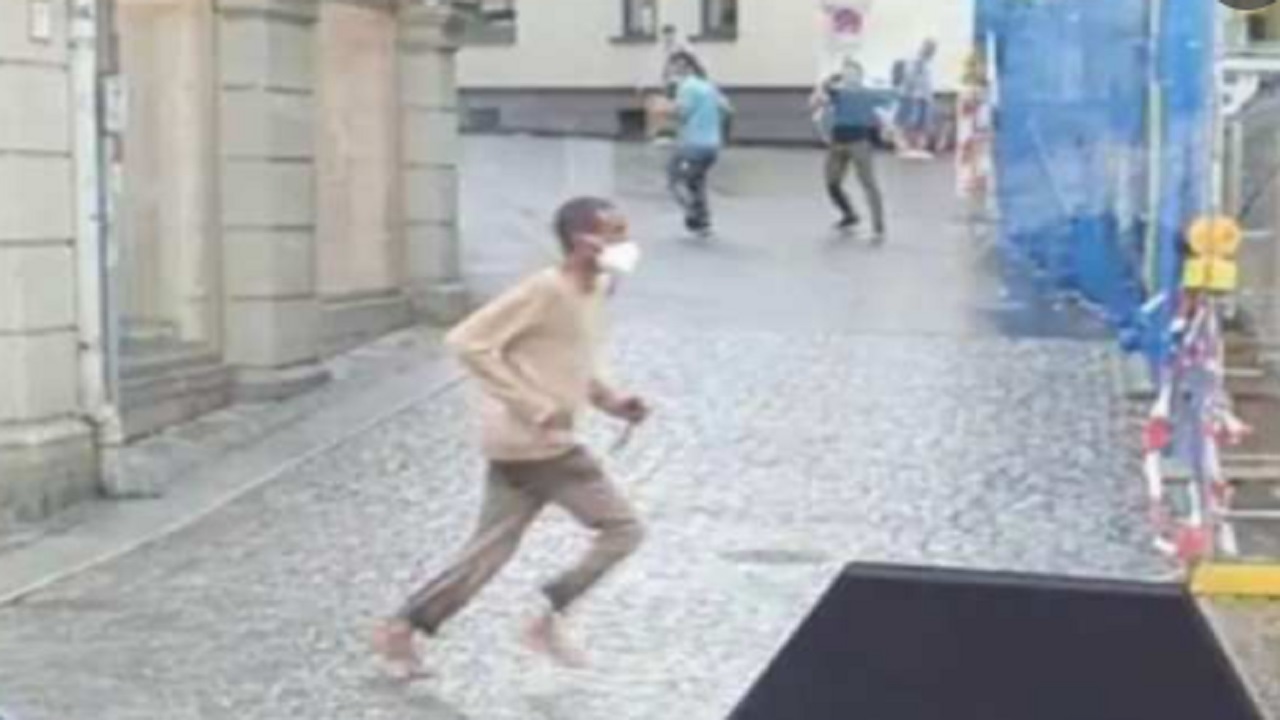 At around five o’clock in the evening, information was received that people are being attacked with knives at Barbarossa Chowk in the middle of the city.

Photo of the attacker taken from the viral video. (Photo Credit: News Nation)

In the southern German city of Würzburg, a man killed three people with a knife while several others were injured in the attack. German officials said the attacker was shot and wounded after that he could be arrested. The attack took place in the central part of the city in the state of Bavarian and it is not yet clear how many people were injured. Police have identified the suspected attacker as a 24-year-old man of Somalian origin who lived in the city. In the investigation, the police also used a drone and the witnesses were interrogated.

Incident in Frankfurt area
According to the information received, a man attacked several people with a knife and injured them in the railway station area of ​​Frankfurt. The seriously injured people aged 24, 40 and 78 were immediately rushed to the hospital for treatment. This area is very crowded because many people coming to the city by train pass through here. Apart from this, there are many shops in this area. Police spokesman Thomas Hollerbach said: “At about 9 p.m. a fight broke out in which a knife was used. Many people got injured in this. During the investigation at the crime scene, Hollerbach said, ‘As a result we have arrested a suspect.’ Videos that have gone viral on social media show passers-by surrounding the attacker.

People surrounded but could not control
A woman told on German RTL television that she had witnessed the incident and that the police had arrived. Julia Runje told, ‘He had a big knife and was attacking people. After this, many people hit him with a chair, umbrella or cell phone to stop him. After this the police arrived and I believe shot him, you can hear the sound clearly.’ Police spokesman Kirstin Kunick said officers were informed at around 5 p.m. that people were being attacked with knives at Barbarossa Square in the heart of the city. Investigating officers are searching for clues at the spot, the roads in the area are deserted. The area of ​​the railway station is the center of drug trade, for investigation, the police have blocked a large area.